Subscribe
Home / California / A look back at California's drought 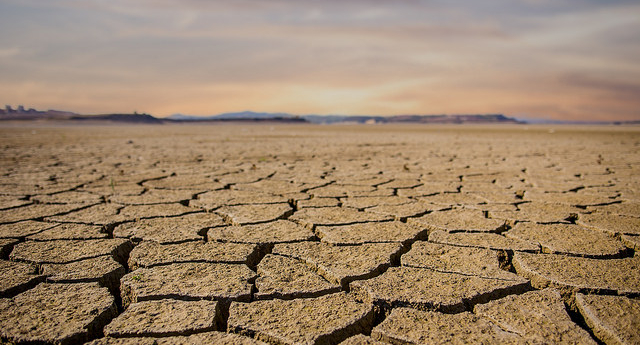 Water is life for California's $47 billion farming industry, which grows nearly half the nation's fruits, nuts and vegetables. Government-supplied irrigation supplies were slashed. Fields were left fallow or reduced to cracked mud. (www.liveoncelivewild.com, via Flickr/Creative Commons)

LOS ANGELES (AP) — California Gov. Jerry Brown has declared an end to the state’s water emergency following a five-year drought that reduced rivers to trickles, farmland to dust and forests to graveyards of dead trees.

Four of the driest years in state history marked the period, which cost California’s economy billions of dollars. Here’s how the drought played out across the state:

Water is life for California’s $47 billion farming industry, which grows nearly half the nation’s fruits, nuts and vegetables. Government-supplied irrigation supplies were slashed. Fields were left fallow or reduced to cracked mud. Farmers also dug thousands of new wells, sucking up groundwater in the Central Valley and causing the ground to sink.

At the peak of the drought, the state called for a mandatory 25 percent cut in urban water use compared with 2013 levels.

Californians responded, saving tens of billions of gallons of water. Some even kept a sharp eye on water wasters. “Drought shaming” snoops outed homes and businesses in places such as Beverly Hills that let their sprinklers run too long.

The drought stressed forests, leaving trees more susceptible to pests such as the bark beetle. More than 100 million trees in the Sierra Nevada died.

Last year, toxic algae showed up in more than 40 state lakes and waterways from Los Angeles to the northern reaches of California, the highest count in state history. Experts said the naturally occurring cyanobacterium blossomed because nutrients that built up during the drought were washed off hills when rains finally arrived.

THE PAST IS THE FUTURE

And then, finally, the rains returned.

Storms hit in 2015 and returned with a vengeance last year, filling reservoirs, overflowing dams, swelling creeks and pumping up the snowpack. Flood warnings went up and drought restrictions began to ease.

But those who look back at the drought see something else: California’s future.

Water conservation will become a way of life in the state, said Felicia Marcus, chairwoman of the State Water Resources Control Board.

“This drought has been one for the record books, but it won’t be our last or longest,” said Marcus. “It’s a wakeup call and we can’t hit the snooze button.”

Removal of dairy cows from the U.S. would have negative impacts
October 15, 2020