Home / Indiana / A legend of the woolly bear caterpillar
A new user experience is coming! We'll be asking you to login to your Morning Ag Clips account March 1st to access these new features.
We can't wait to share them with you! Read more here. 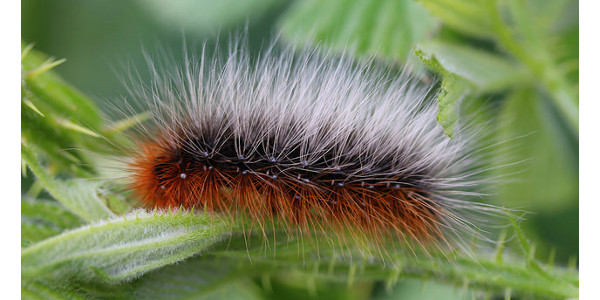 Several cities and towns in US and Canada have developed fall festivals to celebrate the appearance and legend of the woolly worm. (nick goodrum via Flickr)

GOSHEN, Ind. — Pyrrharctia Isabella is not a household word, but the caterpillar we call the woolly bear is certainly a well-known and beloved part of our fall culture.

The woolly bear, which is the larva of the Isabella tiger moth, has a range consisting of most of the continental US and southern Canada, and is also known as a banded woolly bear or a woolly worm. The moth is rather nondescript, brownish yellow creature with a couple of black freckles thrown in like grains of pepper. The body hidden under the wings can be a pinkish orange in the female of the species. The adult moths are nocturnal and can be attracted to lights in the evening hours.

Legend has it the woolly bear can predict the winter weather. In fact, woolly bears have two ways they foretell the future, according to folklore. One theory focuses on the color of the caterpillar. It is said that the wider the band of red, the milder the winter. Conversely, the narrower the band of red, the harsher the winter will be. In reality, the width of the color band varies widely from caterpillars emerging from the same egg mass, and as the caterpillar ages, the red band will tend to widen.

A second weather forecasting technique is attributed to woolly bears. If the worms are heading south, they are “running” from colder weather. Of course, there is no scientific evidence to support such predictions, but none the less, it is a bit fun to think along those lines.

In nature, the woolly bear caterpillars are considered general feeders. The female most commonly lay eggs on asters, birch, clover, corn, elm, maple and sunflowers, but just about anything can serve as food in a pinch. The feeding is rarely noticeable on plants we humans tend to value.

When woolly bears perceive danger, they roll up into a ball, in a similar manner to the way pill bug behavior. The outward facing black and red hairs can deter some predators from eating woolly bears. While the hairs do not contain poisons or irritants like some caterpillar species do, some people find themselves slightly allergic to the caterpillar’s hair.

Several cities and towns in US and Canada have even developed fall festivals to celebrate the appearance and legend of the woolly worm. Such events feature activities like costume contests for the children, and woolly worm races, where the winner is the “true” predictor of the winter weather. In one Pennsylvania town, “Oil Valley Vick,” perhaps the most prominent woolly bear of all time, was hoped to draw in crowds to match that of Punxsutawney Phil, the famous groundhog prognosticator. Alas, the rivalry was squashed after only one year.

What is a weed?