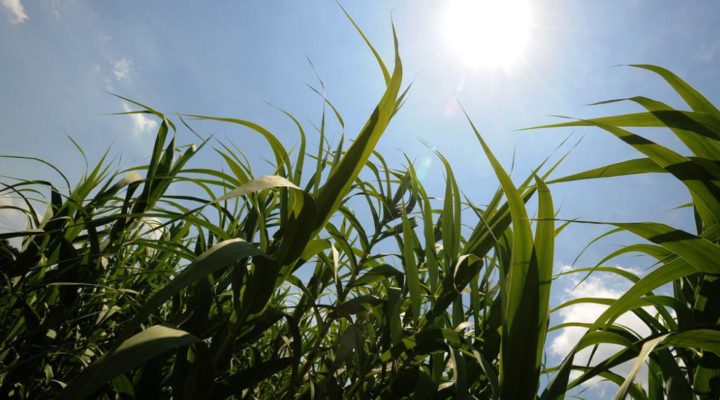 As part of an interdisciplinary study on soil balancing, Ohio State researchers surveyed certified organic corn growers in Ohio, Michigan, Pennsylvania, and Indiana in the spring of 2018. These four states collectively represent one-third of all U.S. organic corn growers and produce about 20% of the nation’s organic corn. (Courtesy Photo)

According to annual acreage reports from Mercaris, a company specializing in market data and services for organic and non-GMO, the 2019 harvest will see a record number of organic grain acres, despite the notoriously poor spring planting season (1). But the firm also predicted a 12% decrease in actual organic corn yields, compared to 2018, which will lead to increased imports and costs for organic livestock farmers.(2)

For decades, consumer demand for organic food has grown annually by double-digits (3). While still a comparatively small portion of overall agricultural production, organic corn acreage in the U.S. increased by more than 55% between 2011 and 2016, driven mainly by demand from organic dairy farms (4). Despite the large increase in production, organic grain was imported to the U.S. in 2016, indicating the potential for future growth (5, 6). Currently, Ohio ranks in the top 5 states for number of certified organic corn growers, and in the top ten for acres harvested (7). However, relatively little is known about the management practices of these farms.

As part of an interdisciplinary study on soil balancing, Ohio State researchers surveyed certified organic corn growers in Ohio, Michigan, Pennsylvania, and Indiana in the spring of 2018. These four states collectively represent one-third of all U.S. organic corn growers and produce about 20% of the nation’s organic corn. 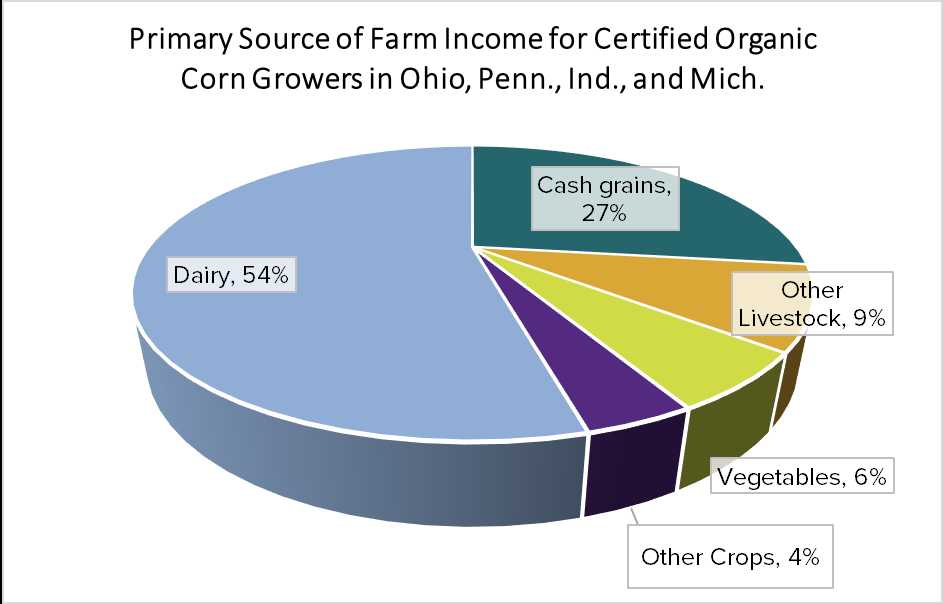 Responses show the majority of organic corn growers in this region are dairy farmers. More than half of the organic corn grown in 2017 was used as on-farm livestock feed. Most (70%) respondents harvested corn as grain corn; 36% harvested corn as silage (with some doing both). Other uses were rare. A surprisingly large number (nearly 2/3) of the growers use horse-powered equipment, indicating they are likely members of Old Order Amish or similar Plain communities.

The survey examined the use of soil amendments, crop rotations, cover crops, various tillage and cultivation strategies, yields, selling costs, and management priorities. Manure and compost were by far the most common practice, used by 89% of all organic corn growers. Other amendments were used by fewer than half the growers. Tillage practices were chosen for weed management, but most other management decisions focused on soil health.

Reported yields varied widely, ranging from 25 to 250 bushels per acre for grain and 5-34 tons per acre for silage. According to the data collected and estimated from survey responses, very few farmers lost money on the fields reported on for this study.

Researchers received a 57% response rate (859 responses), yielding a margin of error of 2%.

This work is supported by Organic Agriculture Research & Extension funding grant no. 2014-51300-22331/project accession no. 1003905 from the USDA National Institute of Food and Agriculture. Read more at go.osu.edu/orgcorn.