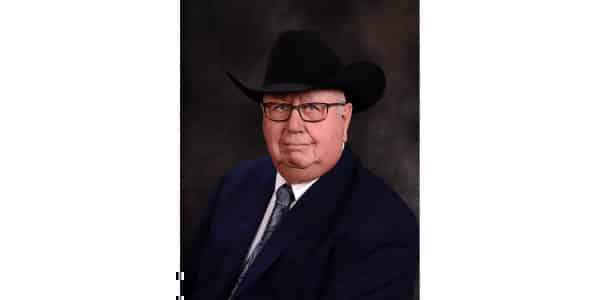 Ray Erbele, Streeter, will be honored as NDSU’s Little International Agriculturist of the Year Feb. 14-15. (Courtesy of NDSU)

FARGO, N.D. — This honor is awarded by the North Dakota State University Saddle and Sirloin Club to recognize deserving individuals for their work in North Dakota agriculture. Erbele will be recognized at a banquet in his honor Feb. 14 and during Little I on Feb. 15.

Erbele grew up on a farm and ranch in Logan County, N.D. He graduated from Streeter (N.D.) High School in 1963 and from NDSU in 1967 with a degree in agricultural education. He taught high school vocational agriculture in Ashley, N.D., and Gackle, N.D., for 10 years.

He attributes most of his success to the unwavering support of his wife, Carol; their two children, Tim and Tammy; and many other family members and friends.

Erbele has been involved in many leadership and community roles. He served on the Logan County Water Board, including as the chairman for a number of years. He also served on the Logan County Soil Conservation District Board for 23 years. He’s been active in the North Dakota Stockmen’s Association and North Dakota Beef Commission for six years, three of which he served as chairman.

“While Ray has involved himself in production agriculture on a national level, he still remains true to his roots,” Dockter said. “Beyond the beef world, Ray plays an active part in the church and community. Today Ray is a part owner of Napoleon Livestock, where he’s been a prominent figure for over 20 years. He continues to farm and ranch on a diversified crop and cattle operation with his son outside of Streeter.

“But the most distinguishing feature of Ray is his humbleness,” Dockter added. “He is truly passionate for agriculture and is an exceptional example of what an advocate for the agricultural industry looks like.”

“These individuals have made an impact not only through their work in the industry, but also through their service to many organizations and associations that shape agriculture and represent producers throughout the state,” Vollmer said. “Recipients of this award act as a role model for the students of the Saddle and Sirloin Club to follow in their own endeavors.”