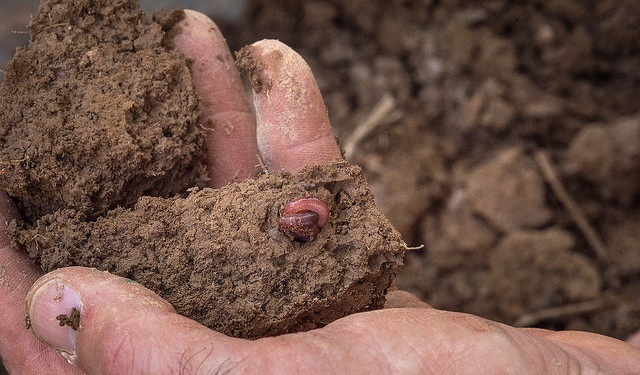 LOS ANGELES, Calif. — USDA’s Natural Resource Conservation Service (NRCS) in California has concluded an eight-year project creating an inventory of the soil properties and their associated landscapes within the southeastern section of Los Angeles County. The City of Los Angeles, included in this survey, was the largest U.S. city without a completed soil survey.

“The process of mapping and cataloging the soils of Los Angeles was a large but exciting undertaking,” said Carlos Suarez, state conservationist for NRCS in California. “Since soil surveys often focus largely on agricultural production, it was an interesting opportunity for our soil scientists to broaden their surveying focus to serve the many customers found in the complex setting that is southeast Los Angeles.”

Many city, state, and federal agencies helped to provide logistical and safety services so that the soil survey staff were able to get the job done, added Suarez.

The effort was coordinated by NRCS California’s Randy Riddle, a soil scientist in the NRCS Ventura Service Center, who was supported by a team of soil experts. Cooperating organizations included the Santa Monica Mountains Resource Conservation District and the Los Angeles Department of Parks and Recreation among many municipalities, local agencies, conservation organizations, school districts, and private landowners.

While archeological finds are not a goal, one fascinating discovery, made in November 2013 during this surveying work, was the unearthing of an old building foundation of Downtown Los Angeles from the 19th Century, on the grounds of present-day City Hall. The discovery led to consultation with a number of local historians to identify what the group found. They had discovered the buried subfloor of a former dentist’s office that advertised painless teeth extractions for a mere 50 cents.

This is the latest soil survey to be completed in a large metropolitan area along with recent surveys in New York City, Chicago andDetroit. The goal of the mapping in Los Angeles was to develop a soil map that effectively models current condition of natural and anthropogenic landscapes, while maintaining traditional soil survey standards.

The full findings of this completed survey can be found at https://websoilsurvey.nrcs.usda.gov. For technical questions, please contactRandy Riddle at randy.riddle@ca.usda.gov or by calling 805-984-2358, extension 103.

NRCS has provided leadership in a partnership effort to help America’s private land owners and managers conserve their soil, water and other natural resources since 1935. For more information on NRCS, visit www.nrcs.usda.gov.

Almond Alliance on labeling of 'milks'