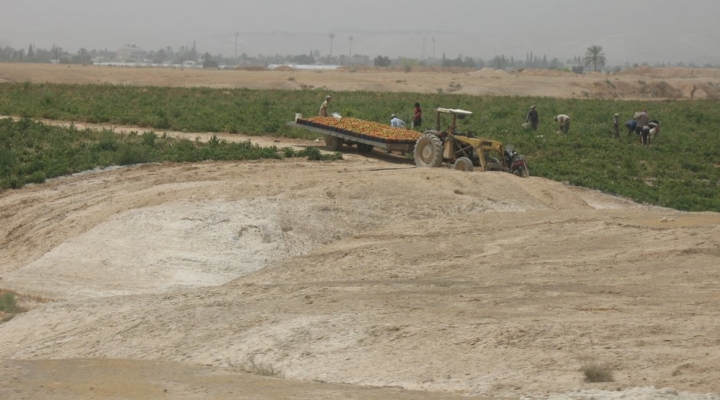 "Nobody expected five years of drought in a row, so despite our desalination capacity, it's still a very, very grave situation," said Yuval Steinitz, Israel's minister of energy. (Neta Bartal, Flickr/Creative Commons)

KFAR YUVAL, Israel (AP) — For years, public service announcements warned Israelis to save water: Take shorter showers. Plant resilient gardens. Conserve. Then Israel invested heavily in desalination technology and professed to have solved the problem by tapping into the abundant waters of the Mediterranean Sea. The once ubiquitous conservation warnings vanished.

Now, a five-year drought is challenging that strategy, as farmers struggle and the country’s most important bodies of water shrink.

It’s a confounding situation for a country that places itself on the forefront of desalination technology in an arid region, where water is a key geostrategic issue that has its own clauses in peace agreements.

“Nobody expected five years of drought in a row, so despite our desalination capacity, it’s still a very, very grave situation,” said Yuval Steinitz, Israel’s minister of energy.

Some say Israel’s technological prowess may not be enough to overcome the forces of nature.

Situated in the heart of the Middle East, Israel is in one of the driest regions on earth, traditionally relying on a short rainy season each winter to replenish its limited supplies.

Years of decreased rainfall have reduced the Sea of Galilee, Israel’s main natural water source, to some of its lowest recorded levels, and Israel has stopped pumping water from it to its national system.

The current drought has also dried out some tributaries that feed into the Jordan River, which flows south into the Sea of Galilee then squiggles 220 miles (360 kilometers) to the lowest place on Earth, the Dead Sea.

The biblical bodies of water are crucial to the survival and stability of Israel, Jordan and the Palestinian territories, but they are increasingly drying up, largely due to climate change, growing populations and the greater use of water for agriculture.

In a bid to achieve water security, Israel has opened five desalination plants since 2005 and plans to expand that effort in the coming years. Roughly 40 percent of Israel’s drinking-quality water now comes from desalination and is expected to hit 70 percent in 2050.

When the drought was in its infancy, Israel greeted it with a shrug, pointing to its massive investment in desalination. But the tone has changed recently, and over the last few months a televised ad again has pleaded with Israelis to save water because — rehashing a tagline from previous campaigns — “Israel is drying up.”

Critics say water conservation — a crucial measure in semi-arid Israel — has been sidelined in favor of desalination.

“Israel definitely put conservation on the backburner. As soon as desalination plants were up and running there was this false sense of security,” and water consumption rose, said Sarit Caspi-Oron, director of the water department at the Israel Union for Environmental Defense, an advocacy group.

In the past, Israel has imposed taxes on water use during droughts and has promoted the use of water-saving devices. But there are no plans so far to pursue the measures this time around.

Desalinated water reaches Israeli households in the country’s most populated region along the coast as well as some inland residents. But in northern Israel, residents still rely on rapidly shrinking natural sources. So far, their intake has not been limited.

Once bubbling brooks in Israel’s north have been reduced to a trickle. Officials at the historic Tel Dan nature reserve say the springs there will be dry within two months, which could negatively affect tourism in the region.

Among the first to feel the drought’s sting have been farmers in Israel’s Galilee region. Israel has imposed a limit on the amount of water they can use, which has threatened an already tenuous livelihood and forced many to rethink their crops.

Israeli farmer Ofer Moskovitz can typically grow more than one crop each year, but for the first time he has chosen not to plant his wheat crops and is only growing avocados. Even that change is proving a challenge.

The existing infrastructure makes it impossible to deliver desalinated water to farmers in the north, said Caspi-Oron.

There are other reasons not to bank on desalination. The plants require immense amounts of energy and are costly to build and operate. Relying so heavily on desalination also creates a potential security risk, as an attack on the plants could potentially knock out large portions of the country’s water supply.

Still, Israel is keeping the technology a priority. The government passed a plan in June to tackle the drought, with its first objective to increase the amount of desalinated water. It also called for springs and tributaries to be rehabilitated and plans to add desalinated water to the Sea of Galilee starting next year, despite criticism from some that this could disturb the balance of minerals in the lake.

Israel is optimistic that the drought can be addressed with a little ingenuity.

The drought “will be solved, there is no question,” Steinitz, the energy minister, said. “This area is not new for us. We simply resume our historic tradition to focus and find developing water solutions.”

African entrepreneurs in US to learn from Deere