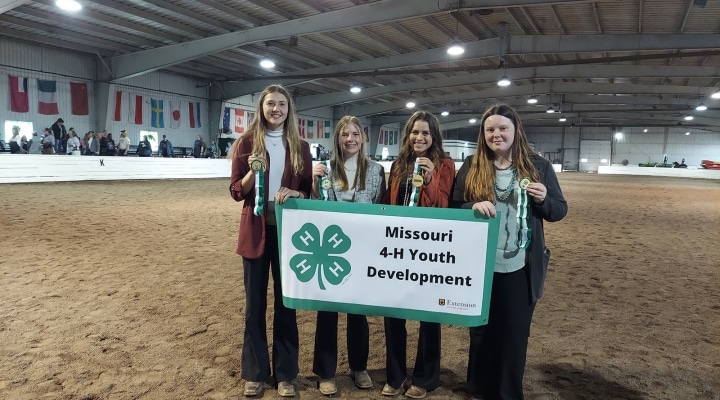 The 4-H delegation was greeted by newly appointed William Woods University President Jeremy Moreland. After the contest, youths and coaches toured the facilities and learned more about the university’s equine program from faculty and students.

A majority of participants reported that their skills in areas such as evaluating equine conformation, interpreting discipline patterns and using correct terminology improved as a result of participating in the event, said Maria Calvert, Missouri 4-H state agriculture and natural resources educator.

Members of the championship team from Henry County will advance to represent Missouri in a national competition.

More than 55,000 members strong, Missouri 4-H is an active, dynamic organization of young people who are learning, growing and preparing to be the leaders of today and tomorrow – making a real difference in their community, country and world. 4-H is the youth development program of the University of Missouri and the nation’s Cooperative Extension System. For more information on Missouri 4-H, visit 4h.missouri.edu.