Home / New York / 4-H Youth Beef Project Show held
A new user experience is coming! We'll be asking you to login to your Morning Ag Clips account March 1st to access these new features.
We can't wait to share them with you! Read more here. 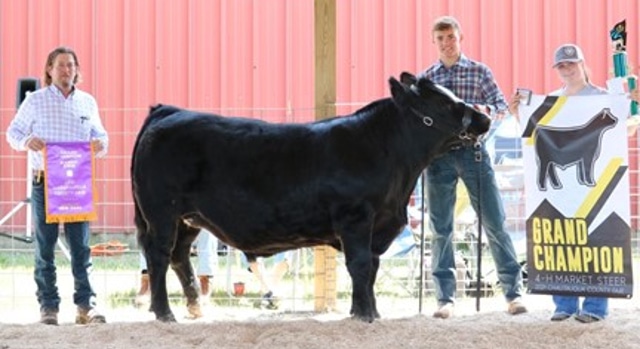 The 4-H Beef Program offers two options for participants. Participants can raise a steer to sell at the Meat Animal Sale at the county fair and/or they can raise a beef heifer to show and possibly bring back with a calf by her side. All participants in this program attend meetings and gain knowledge about raising beef animals in preparation for showing them at our county fair. Animals can be unpredictable and are over 10 times the weight of their handlers. The participants have worked with their animals since last October and produced animals that behaved beautifully in the show arena.

The 4-H Youth Development Program is one of many programs offered by Cornell Cooperative Extension of Chautauqua County (CCE-Chautauqua). CCE-Chautauqua is a community based educational organization, affiliated with Cornell University, Chautauqua County Government, the NYS SUNY system, and the federal government through the United States Department of Agriculture’s National Institute of Food and Agriculture. For more information, call 716-664-9502 or visit our website at www.cce.cornell.edu/chautauqua. Cornell University Cooperative Extension provides equal program and employment opportunities.

Gardening: What to do when the soil stays too wet