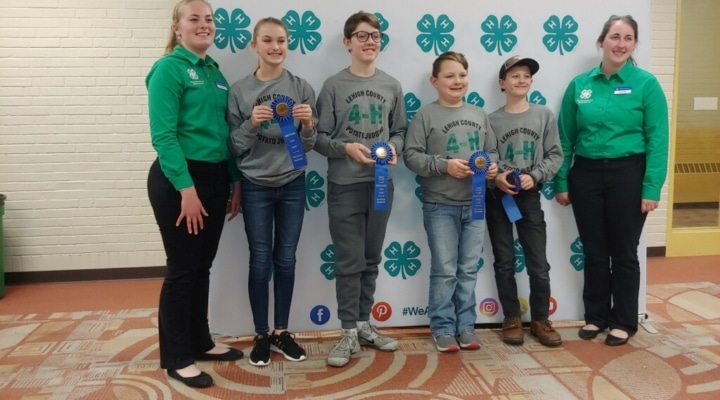 ALLENTOWN, Pa. — The 2020 4-H Potato Grading and Identification Contest was held at the Pennsylvania Farm Show on January 7 with a record number of contestants. One hundred and thirty-nine 4-H members comprising of 33 teams participated in this exciting contest. Registration numbers increased by 40% from last year and included 5 new counties. 4-H youth from Blair, Bradford, Bucks, Carbon, Indiana, Lebanon, Lehigh, Lycoming, Mifflin, Montgomery, Northampton, Union and York Counties all tested their knowledge of spuds.

The contest is comprised of two divisions: basic and honors. Those who compete in the honors division are winners from previous years. The competitors in the basic division must test their skills at three stations. The first station is a “potato grading” station. The station is a timed event where competitors challenge to see who can grade 100 potatoes in the shortest time. Not only is quickness important, but so is accuracy. The second station is a “defect station” where competitors must accurately identify 20 different defects on 40 potatoes. The third station is a “plate” grading station. Five potatoes are put on each of four plates. Each plate must be evaluated on uniformity of size and shape and lack of defects. The plates must then be ranked in order. Two classes of plates must be judged.

Those in honors must complete three stations in addition to the basic stations. The fourth station is comprised of two more plate classes. The fifth station is estimating the weights of two large potatoes. At the sixth station the contestants must pick a Premium Pack. This means that out of 30 potatoes, the ten most uniform and defect-free potatoes must be chosen.

This contest teaches and enhances life skills such as decision making, defending your answer, quickness, and observation. These skills are used for judging potatoes and are also used for judging livestock and other items in 4-H. Enhancing the use of these skills helps prepare 4-H members for future careers and activities.

The top 3 individual awards were presented to the following, all from Lehigh County, respectively: Konnor Weisner, Sadie Berger, John Emanuel.

All counties in Pennsylvania are encouraged to form a potato judging team for next year! Training materials are available, and groups are welcome to come for a trial run if they wish! Horticulture Educators, Master Gardeners, local gardeners, and potato producers are all good resources for volunteer leaders! Contact Kelly Weisner at kmb26@psu.edu if you would like more information. Even if the 4-H members only learn a little bit about potatoes, they are developing important life skills and having a great time!

Administered in Pennsylvania by Penn State Extension, 4-H is a non-formal educational youth-development program of the United States Department of Agriculture that helps young people develop knowledge and skills to become capable, caring and contributing citizens. To find your local program, visit the Penn State Extension website at https://extension.psu.edu/programs/4-h. 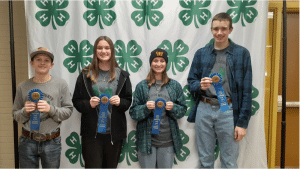 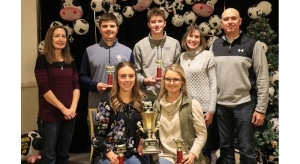