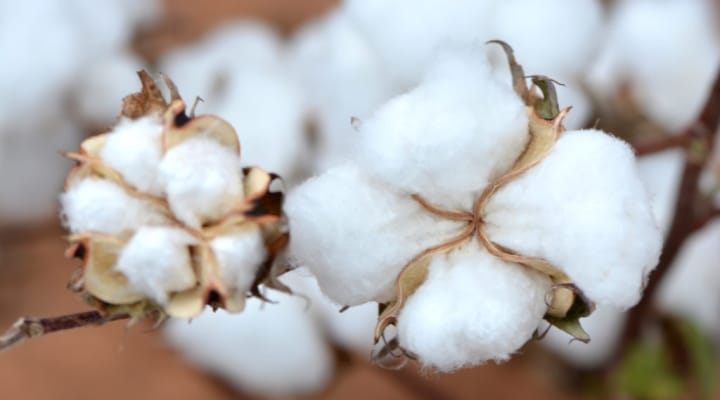 We have observed multiple cases of 4-bract squares in NC cotton over the past few days. 4-bract squares are a phenomenon that isn’t completely understood, but is commonly associated with high temperatures early in the season. With temperatures reaching the mid to high 90’s during May and June, this isn’t necessarily a surprise.(Texas A&M AgriLife photo by Kay Ledbetter)

The amount of 4-bract squares may change the way we manage the crop for the remainder of the season. If such squares are rather common, naturally, fruit retention during the bloom period will be lower. This may shift the boll distribution curve to higher nodes on the plant, and could force us to rely on bolls on upper nodes to make our harvestable crop. When fruit retention is lower than normal during bloom, this could spur growth. The first instinct is the be aggressive with PGRs, however, given the hot dry conditions we’ve experienced thus far, we should consider letting the plant growth for a while, in order to form new, upper fruiting sites. Once plant height approaches a critical point of being too tall, we should be aggressive with PGRs at that time. Again, most cotton is rather short, or too short, at this point, due to hot, dry conditions, therefore, let it grow for now, but be ready to manage growth later.

Additionally, shifting the harvestable portion of our crop to higher nodes on the plant may also prolong the period in which we need to scout for, and protect them from insects, including Lygus, caterpillars, and stinkbugs. Keep these in mind when making scouting plans for the remainder of the season, but for now, try to document the presence and frequency of 4-bract squares so you have an idea of what to expect later.