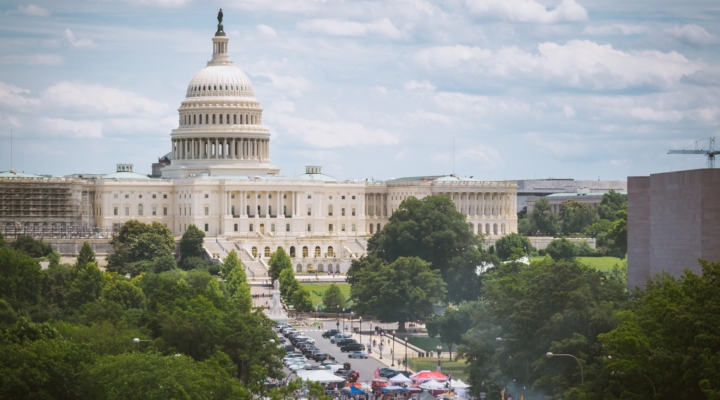 WASHINGTON — Amidst an historic decline in net farm income and added disruptions in agricultural trade and biofuel markets, 350 family farmers and ranchers traveled to the nation’s capital this week to meet face-to-face with top Trump administration officials and members of Congress as they decide on a number of legislative and regulatory priorities for family farmers and their communities.

“Times are very tough right now for American family farmers and ranchers,” said NFU President Roger Johnson. “And when times get tough for farmers and their communities, Farmers Union members step up and advocate.”

“Net farm income has plummeted by nearly 50 percent over the past five years, leaving a majority of family farmers earning negative farm income and many of them in severe financial strain,” Johnson continued. “At the same time, farmers are seeing commodity prices drop even further due to an escalating trade war with China and other top trading partners. Important markets are being lost indefinitely, and therefore long-term demand for U.S. farm products. The men and women who feed and fuel our nation need the support of their elected leaders, and that’s why 350 of them took five days out of their busy fall schedules to advocate at our Fly-In.”

NFU Fly-In participants are in Washington to push for passage of a farm bill that supports family agriculture, strong protections from international trade market disruptions, and expansion of the American grown biofuel market. The NFU Fly-In Talking Points package can be found here.

“Congress has a long list of issues to deal with this fall, and we want to make sure they’re considering the social and economic well-being of American family farmers and ranchers with every vote they cast,” said Johnson. “NFU members are especially concerned about the prospect of passing a Farm Bill that promotes family farmers, sustainability and diverse markets for agriculture. They also want to be sure that Congress understands the long-term impact of the trade war, and that commodity prices could remain low for years to come. And they want to expand markets for American grown, renewable fuels—particularly E30 and advanced biofuels—that cut into oversupply, increase prices for farmers, increase employment and wages in rural communities, and lead to air quality and engine performance gains for consumers.”

The event will continue this afternoon when U.S. Senators and Representatives will address Fly-In participants in a Farm Bill Forum. NFU members will then take to Capitol Hill on Tuesday and Wednesday to meet in small-group meetings with all 535 congressional offices, and to present congressional champions of family agriculture with the Golden Triangle Award, the group’s highest legislative honor.

Food groups fight to save one Trump virus program
February 24, 2021