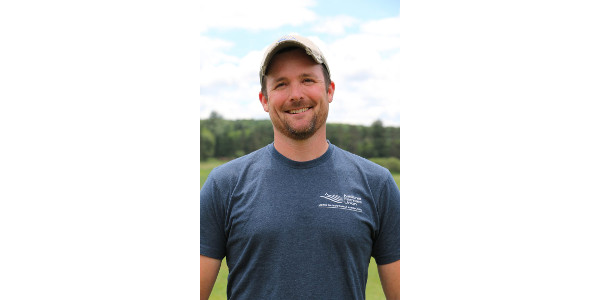 CHIPPEWA FALLS, Wis. — A little more than three weeks have passed since the May 1 deadline that was given to those farms that were dropped by processors like Grassland, and though the immediate sense of relief is very real for those farms that found a new, temporary home for their milk, I’m afraid that we have returned to business as usual in America’s Dairyland.

If we assume our annual averages hold for lost dairy farms, we’ve likely lost at least 25 farms so far this month and at least 145 this year. That’s just here in Wisconsin, too. Hopefully, the temporarily averted crisis provided some valuable insights into how policies and programs like the Dairy 30 x 20 initiative here in Wisconsin can lead to problems. Full-throttle agriculture in general has paved the proverbial road to hell for farmers, and too many of us are happy to keep paying the toll on that road.

We should be asking ourselves why everyone from the President of the United States to the President of Grassland had something to say about a group of farmers who had the rug unceremoniously pulled out from underneath them, but no one has anything meaningful to say about the steady demise and dispersal of farms and farmers across the landscape. It’s a cruel twist that the market structure and government policies and lack thereof that facilitate this loss of farms and farmers are the very same things that get cited as what we need to feed the world or to be more sustainable.

The efforts that were undertaken by the state when these ill-fated factors conspired to create this latest predicament were well publicized and should be commended. Still, I find it puzzling that on the one hand, the government and its partners at the state and federal levels can help facilitate the situation we are being confronted with in agriculture through policy, while—in the midst of a crisis—its representatives claim a policy of non-interference. For instance, last month Wisconsin Secretary of Agriculture Ben Brancel, in an article about the response to the dairy crisis in Wisconsin State Farmer said, “We won’t interfere unless farmers call us.” That certainly sounds good to those who love to loathe government, but the fact of the matter is that the state is almost always involved in agriculture and that presence is not always a net positive. It’s a tad schizophrenic when government agencies and their representatives can proclaim that they will not interfere when it is the same entities that are writing, supporting and advocating on behalf of the policies that generate these outcomes for farmers.

If you were thinking that all of this wasn’t enough for farmers to contend with, there’s also the chic new trend of exceedingly large dairies looking to set up shop all over the state. This is a reality that defies the economic downturn and begs some questions about why they would look at the dairy sector and see opportunity and about how they plug into agricultural and other policies that seem to be happy enough with the status quo of large-scale farm losses.

Grassland has its on-again, off-again project in Dunn County, and they have been denying that they have any interest there. Though anyone curious enough to ask the right questions, request the right paperwork or go to the meetings, can see what they’ve been up to in that area. Aside from Grassland, Pinnacle Dairy, run by a Nebraskan family, was approved in Green County and will add to the current glut of milk with its 5,000 cows. There are also documented concerns from federal, state, and local authorities over the local area’s ability to handle a significant manure load. There’s nothing wrong with manure, of course, until it ends up in your water, and building a dairy on a wetland in an area with Karst topography seems to be tempting fate given what we’ve seen occur around Kewaunee County. Then there is North Breeze Dairy that is looking to build in Little Black. They filed a lawsuit against the town even though the town is not against them setting up shop. Rather, they are worried about where the dairy wants to build given the town’s planning and zoning regulations. Sound familiar? It should. They also have water use and road concerns, but shouldn’t they have those concerns as the representatives of the residents of the town? Is local control yet another issue that the state claims to support while simultaneously helping non-local interests to subvert and dominate it? Plenty of people have asked why forceful business interests with purchased favor from the state have usually held sway over locals in these affairs, too. Have you ever tried to play a game with an expert when you don’t know the rules?

On a related note, in a column run by Brownfield Ag News, Secretary Brancel said that he felt like the short notice given to farmers was not fair, and that we need to see more communication happening between processors and producers moving forward. “If that means the processor sets up a supply management system with the farmers they do business with, and that’s what works, that’s very, very beneficial to all of us,” he said. He went on to say, “I think what happened should be a wake-up notice to all of us in the dairy industry.” I wholeheartedly agree, but the question still remains as to why we should be waking up to this, now, when the alarm has been ringing for years. In a very real sense, all of that concern over processors dropping farms and finding temporary homes for milk is the rough equivalent of hitting the snooze button. Something we’ve proven to be pretty good at even though it does little to stop the inevitable.

We also need better communication to and from the state and federal government because it is clear that there is room for better ideas and more of them when it comes to crafting policy. The fragile status quo is not something many would want to hang their hat on, and this farmer hopes that we can move our policy in the direction of more stability for farmers—and consumers—by implementing models that mirror National Farmers Union’s “Market Driven Inventory System.” We might also look to our trade partners, like Canada, since they have an approach to agriculture that helps insulate farmers from the ills that American farmers are suffering from right now. There was a lot of finger-pointing and blame thrown toward Canada, but it’s clear that they’ve managed to maintain their system while also staying competitive in the global market. Ultimately, what we need to do is to tell our political leadership that we want policy that is proactive, not reactive. That will require some nuanced thinking and willingness to engage new ideas, so a tough road lies ahead.

Fire up your grills Wisconsin