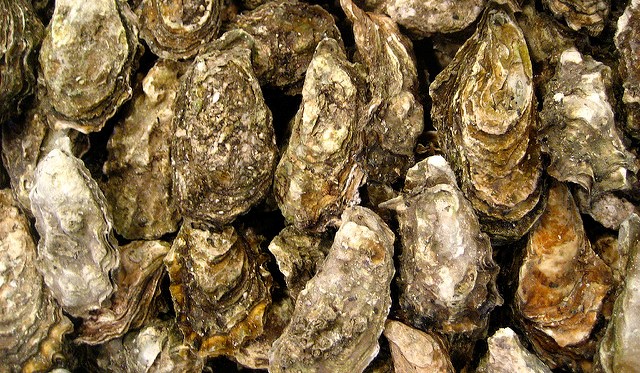 Oysters have struggled to build reefs on their own in the area because of overfishing, hurricane damage and problems from the 2010 Deepwater Horizon oil spill, which dumped an estimated 3.19 million barrels of oil into the Gulf of Mexico. (Stock image via Jeremy Keith, Flickr/Creative Commons)

GALVESTON, Texas (AP) — Environmentalists plan to build a $3.5 million man-made oyster reef in Galveston Bay as part of an effort to preserve Texas’ oyster population, which is on the brink of extinction.

The Nature Conservancy announced Wednesday that construction on the 50-acre Galveston Bay reef will begin this winter, the Houston Chronicle reported. Oyster harvests in the bay decreased 88 percent between 1999 and 2016, according to a recent report by the Virginia-based environmental group.

Oysters have struggled to build reefs on their own in the area because of overfishing, hurricane damage and problems from the 2010 Deepwater Horizon oil spill, which dumped an estimated 3.19 million barrels of oil into the Gulf of Mexico.

The Galveston Bay project will be funded with money from a 2016 settlement with BP, which leased the Deepwater Horizon oil rig that exploded. BP is required to pay trustees for Deepwater Horizon Natural Resource Damage Assessment up to $8.8 billion over 15 years for the natural resource damage along the Gulf Coast.

“We think of oysters as one of the essential building blocks of the Gulf of Mexico,” said Laura Huffman, the conservancy’s Texas regional director. “It’s a big industry for the Gulf and for Texas. But ecologically, they’re extremely compromised. They’re definitely in peril.”

Oysters help improve water quality by filtering as they feed, which can be up to 50 gallons of water in 24 hours. Reefs don’t only provide a habitat for many species but also create a coastal barrier during storms, according to the Coastal Conservation Association of Texas.

Conservancy officials said a $5 million, 60-acre reef will also be built at Copano Bay near Rockport around the same time.

Texans to pay more for Thanksgiving this year