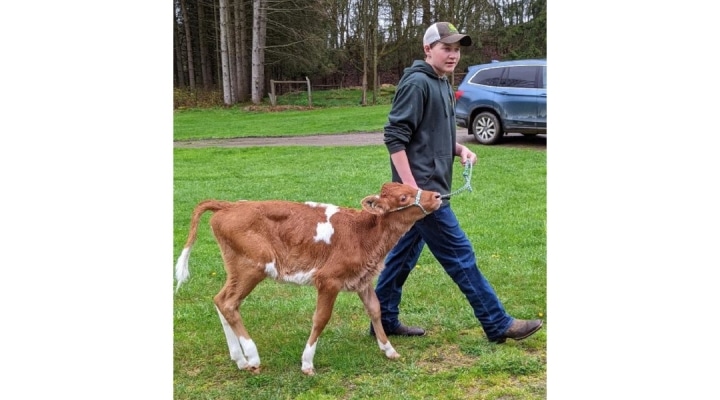 BELMONT, N.Y. — Jim Eshelman has succeeded in becoming an outstanding member of the Allegany County 4-H Program participating in sheep, poultry and dairy projects in addition to many projects outside of the animal department.  He has demonstrated the ability to feed, raise and show dairy animals at the county fair through our leasing program and will now have the opportunity to show his own registered guernsey calf.

“The Calf Scholarship Award Program is sponsored by the New York State Guernsey Breeders Association for the purpose of encouraging those who do not presently own Guernseys to become involved with the Guernsey Breed.” The application process included writing an essay describing what the award would mean to him, how he would raise and care for the animal, and goals for the future. In addition, award recipients are required to exhibit their animal in at least one local fair and the New York State Fair as part of the terms of accepting the calf award.

Jim has grown through the experiences of his 4-H projects not only as a caretaker of quality animals but by learning as much as he can about the farming industry.  Jim’s activities in 4-H have aided his development of public speaking and marketing abilities that have helped him share his knowledge with others and establish his own farm business selling farm raised meat, eggs and baked good through local Farmers Markets.

Jim takes extreme pride in working with his animals from the moment they are within his care. Stop by the dairy barn to view Jim’s calf along with the other youth exhibitor at the Allegany Country Fair July 18th-23rd. Like to see the youth show? Plan to attend the fair on Wednesday, July 20th; the youth show begins at 9 am. 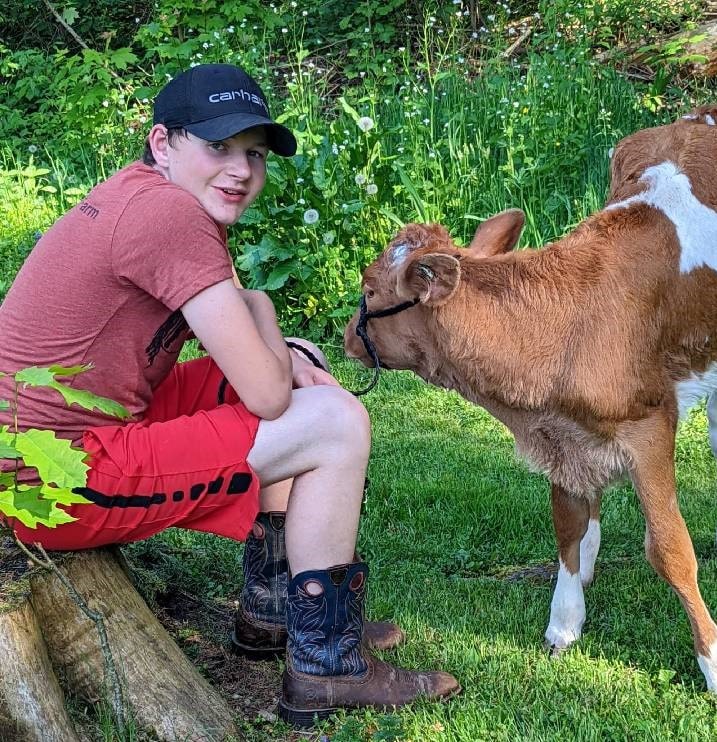