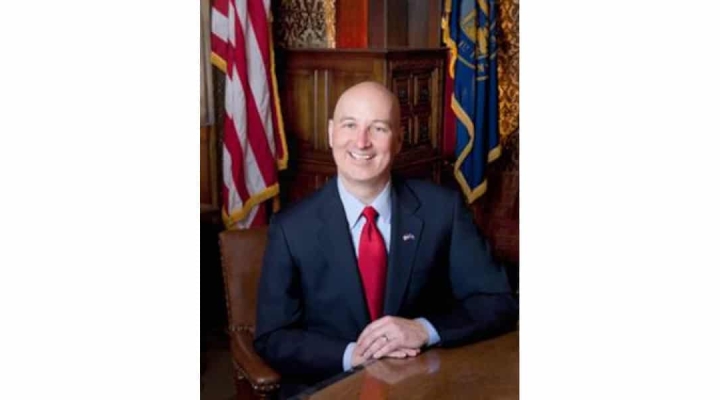 The 2022 Nebraska Ag and Economic Development Summit -- which will be held on August 10 -- is known as the pinnacle forum for discussing issues relevant to Nebraska’s agricultural and economic development sectors. Registration is now open. (Photo: Headshot of Governor Pete Ricketts, courtesy of the Summit website https://govsummit.nebraska.gov/.)

Registration for the Summit is now open, and can be found at https://govsummit.nebraska.gov.

The annual Summit is known as the pinnacle forum for discussing issues relevant to Nebraska’s agricultural and economic development sectors. Featured discussion tracks for 2022 range from entrepreneurship and labor supply solutions to the economic impact of flooding events.

This year’s Summit Keynote Speaker will be Assistant Secretary of State for East Asian and Pacific Affairs, Daniel Kritenbrink.

The Nebraska Diplomats will host its annual Diplomats Reception/Banquet and awards ceremony on the eve of the Summit, August 9, at 7:00 p.m.

More information about this year’s Governor’s Ag and Economic Development, including a full agenda, can be found on the Summit website at https://govsummit.nebraska.gov/.

Lawns that are green in every way