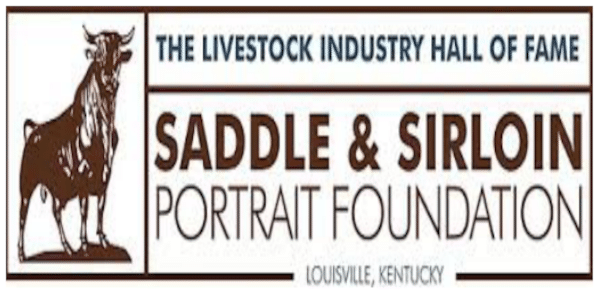 The Saddle and Sirloin award is one of the highest honors awarded to individuals in the livestock industry.

LOUISVILLE, Ky. — Officials of the Kentucky State Fair Board recently announced that J. Neil Orth has been selected as the 2021 Saddle & Sirloin Portrait Gallery inductee. The portrait gallery serves as the livestock industry’s hall of fame. The Saddle and Sirloin award is one of the highest honors awarded to individuals in the livestock industry. The award is presented by the Saddle and Sirloin Award Committee based on an individual’s service and industry impact.

Neil Orth began to forge a career path in livestock marketing and leadership as a student at Michigan State University. While still a student at MSU, Orth assumed the role of “beef ambassador,” managing and touring International Livestock Exposition grand champion steers throughout the United States. The tour was expanded by USDA to Europe and the 1964 World Trade Fair. The project was designed to promote the U.S. beef industry internationally.

In May 1968, Orth began a well-documented, successful career in livestock marketing as a young field representative for Vance Publishing’s (now Farm Journal) publication, Drovers Journal. Neil’s reputation as having a keen eye for phenotype preceded him as a marketer. While making a routine herd visit to sell Drovers Journal advertising, the potential advertiser asked him to evaluate the family’s steer prospects. One calf quickly caught his eye. Orth encouraged the family to bypass any terminal shows and take him to the International. The rest is beef industry history. The steer was the iconic “Conoco” that became the first crossbred steer ever selected as the 1969 grand champion steer at the International Livestock Exposition held in Chicago, Illinois. Two years later, Orth and his father bred a promising crossbred calf, “Bold Move,” that was selected by Dr. Gary Minish as the 1971 grand champion steer at the International.

During Orth’s 18-year career at Drovers Journal, advertising sales increased dramatically year over year, Vance Publishing launched a national pork publication, began to offer ring service in Canada and the publication became the premier voice of the livestock industry. After two years, Neil was promoted to director of field staff and advertising sales manager. Under Orth’s leadership, the field staff was the most respected team of marketers in the beef industry. His ability and commitment to teach and mentor young people became a bellwether of industry contributions. In 1983, he was named associate publisher.

In 1988, Neil Orth’s career path changed from livestock marketer and publisher to breed association executive when he became the executive vice president of the International Brangus Breeders Association, San Antonio, Texas. Orth approached his new career path with the same passion for progress as he had in all previous endeavors. During his 12-years of Brangus leadership, the association made tremendous progress through an aggressive commitment to research; improved and expanded genetic selection tools; and structured commercial marketing programs and video auctions. During a difficult economic period, Orth’s leadership led to the doubling of the association’s cash reserves and greater breed acceptance.

Orth’s executive management and leadership skills were again recognized, and he was named executive vice president of the American-International Charolais Association in 2000. As a breed executive, Orth’s mastery in improving the financial position of the associations under his leadership is the result of his ability to assess inefficiencies and willingness to make change. His unassuming leadership and administrative style enabled him to effectively see association issues in the broader context of the beef industry.

Three generations of young people have benefitted from Neil Orth’s mentoring and leadership and parlayed their experiences into successful careers in the livestock industry. Two major breed associations have made course corrections and continue to own a share of the beef industry market. During a career that spans more than 50 years, Orth has received multiple awards from his peers, served on national and international boards and made significant and lasting industry contributions.

The Saddle & Sirloin Portrait Gallery is curated by the Kentucky State Fair Board and is displayed throughout the Kentucky Exposition Center in Louisville, Kentucky. The collection includes more than 350 original oil portraits, dating back to the early 1900s. To be considered for the Saddle & Sirloin Portrait Gallery, an individual must be nominated by his or her peers. Neil Orth’s nomination was supported by more than 150 letters from industry leaders, university leaders, professional colleagues, and national and international breed association executives. Orth’s official induction into the Saddle & Sirloin Portrait Gallery will be Sunday evening, November 14, 2021, at the North American International Livestock Exposition, held at the Kentucky Exposition Center.