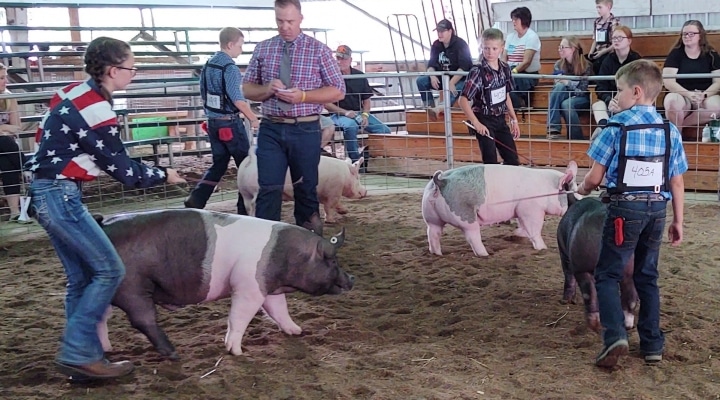 Monday, July 19th youth exhibitors showed off their swine projects at the Allegany County Fair. The contest is an opportunity to be rewarded for the months of hard work caring for and training their animals.

In the Senior Showmanship division, Harley Miller with a first-place finish received a blue ribbon along with a bucket sponsored by Mark & Lorraine Stone. Taylor Brokaw and Blake Hewitt also awarded a blues, red ribbon awarded to Caitlin Stewart and Cameron Merkwa.

This year’s judge for the show was Eric Bond from Gowanda, NY, a graduate of Ohio State University majoring in animal science. While there he was involved with the livestock judging team. Prior to school, Eric showed beef and hogs at local and national levels. He provided individual tips and encouragements for each youth as he places classes. The youth were complimenting the high-quality projects shown and work they youth had clearly put in training their hogs for show.

Family meals and baby too!