Home / New York / 2021 Allegany County Fair Youth Sheep Show results
A new user experience is coming! We'll be asking you to login to your Morning Ag Clips account March 1st to access these new features.
We can't wait to share them with you! Read more here. 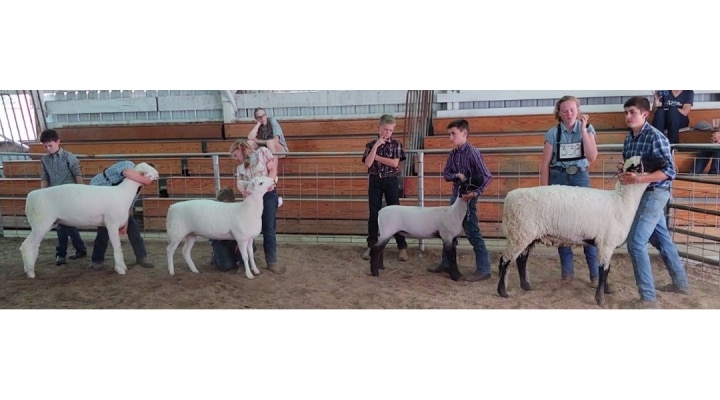 Tuesday, July 20th youth exhibitors showed off their sheep projects at the Allegany County Fair. The contest is an opportunity to be rewarded for the months of hard work caring for and training their animals.

In the Senior Showmanship division, Madison Morehouse with a first-place finish received a blue ribbon along with a banner sponsored by Bob & Donna Wilson, Canaseraga, NY. Caleb Hilsher also awarded a blue ribbon.

There were five participants in the novice divisions, each of these first-year exhibitors awarded a blue ribbon.  First blue to Brendon Wilson followed by Drew Wilson, Shane Ploetz, Leah Wilson and Riley Blarr. Brendon received a banner sponsored by Bob & Donna Wilson.

This year’s judge for the show was Liz Kron from Alden, NY; she grew up on a family farm raising registered Cheviots and Club lambs. She enjoys the opportunity to help teach other and promote her passion for sheep raising. She complimented the high quality of sheep shown in both market and breeding classes. A successful show to round out the day.