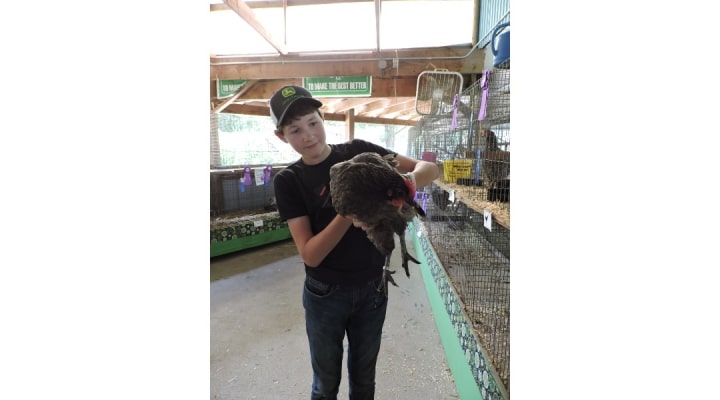 Wednesday, July 21st youth exhibitors displayed their poultry projects at the Allegany County Fair. The contest is a culmination of a year, plus hard work, caring for and training their animals.

In novice poultry showmanship, Annika MacCrea finished with first-place, received a blue ribbon, along with a book sponsored by Nicholson Pharmacy.

Grand Champion for Market poultry was taken by Kadin Pierce, receiving a banner sponsored by Benevolent Protective Order of Elks #1495.

Reserve Grand Champion Markey Poultry is given to Shane Plot, receiving a banner sponsored by the Lindguist Cub Cadets.

Best of Show – Riley Blarr with his Sussex

Res. Best of Show – Ben Eshelman with his Cayuga

Congratulations to all the youth on a successful show.