Home / New York / 2021 Allegany County Fair Youth Beef Show results
A new user experience is coming! We'll be asking you to login to your Morning Ag Clips account March 1st to access these new features.
We can't wait to share them with you! Read more here. 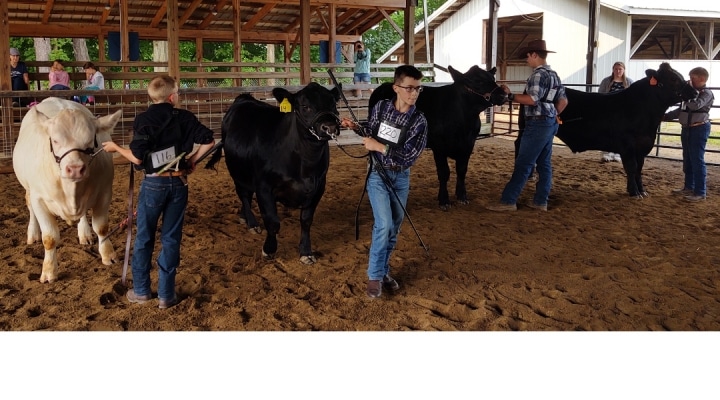 Tuesday, July 20th youth exhibitors showed off their beef projects at the Allegany County Fair. The contest is a culmination of a year plus of hard work caring for and training their animals.

In the Senior Showmanship division, Caitlin Steward with a first-place finish received a blue ribbon along with a bucket sponsored by the Dave’s Printing; Ethan Cole second blue was awarded a show harness sponsored by Grant C. Seaman DVM for novice exhibitor.

Following the showmanship market classes were held starting with the Dairy Steer. The entry of Shane Ploetz received a blue ribbon along with a banner sponsored in Memory of Sarah Beiler.

This year’s judge for the show was Courtney Charlesworth. She grew up showing registered black angus cattle participating in the Cattaraugus County 4-H program as well as the NYS Junior Angus Association. A graduate of Alfred State College with a bachelor’s degree in Agricultural Entrepreneurship in 2020.