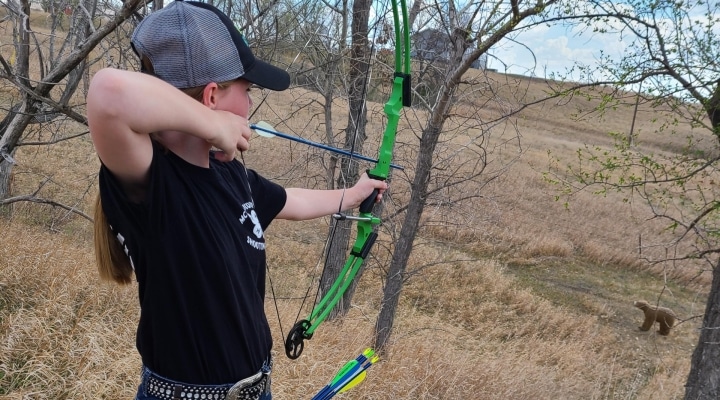 A youth takes a shot at the 4-H state archery match at the North Dakota 4-H Camp near Washburn. (Courtesy Photo)

Senior freestyle archers were required to participate in 3-D, World Federation field archery and a half-field round of National Federation Archery Association archery. Based on the individuals’ cumulative scores from the three events, the top four archers will advance to the 2022 4-H National Shooting Sports Championships in Grand Island, Neb.

The 3-D archery event consisted of bare bow and freestyle divisions. Participants scored 30 3-D animal targets at unknown distances, with one arrow shot at each, for a complete round and total score of 300. The senior field archery competition was shot at eight targets with a maximum 50-yard marked distances. The total score for field archery was 160.

The masters division consists of senior-age youth who already have qualified or attended a national competition. The winners in this division were:

Shooting sports is sponsored by Scheels, a supporter of the North Dakota 4-H Foundation.