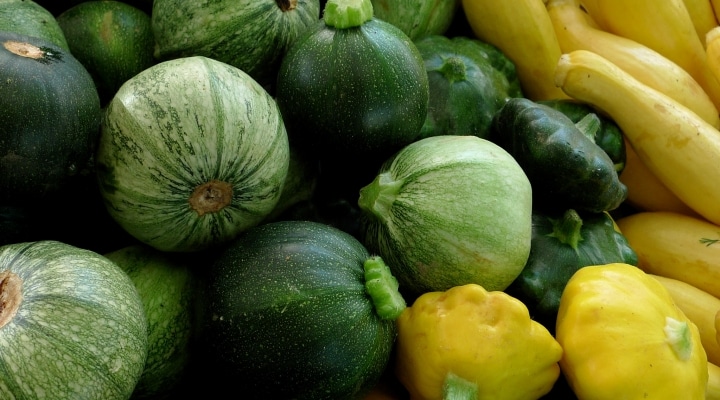 Summer squash ranks among the top 10 vegetables grown in North Carolina with Cleveland County in south central North Carolina producing the greatest acreage of squash in the state. (photo by watashiwani, creative commons/flickr.com)

RALEIGH, N.C. — zSummer squash ranks among the top 10 vegetables grown in North Carolina with Cleveland County in south central North Carolina producing the greatest acreage of squash in the state. Summer squash remains an important crop to North Carolina producers as the state is ranked 5th among those states that produced the crop nationwide in 2019. In an effort to remain competitive in the marketplace and maximize profitability most growers seek to grow squash cultivars that will provide them with the highest yields and greatest overall fruit quality.

The zucchini market in North Carolina has typically been supplied with a fruit that is medium green in color; however, some markets have seen increased demand for cultivars that produce a darker green fruit. Summer squash plantings in North Carolina typically experience higher incidence of disease and insect pressure since they are harvested in the fall when environmental factors favor increased presence of these plant pests and pathogens. In 2020 the field study was planted on June 2 and we began harvesting on July 8. The squash were rated for marketable and nonmarketable yields, for early and late production, and for consistency of production throughout the harvest period.