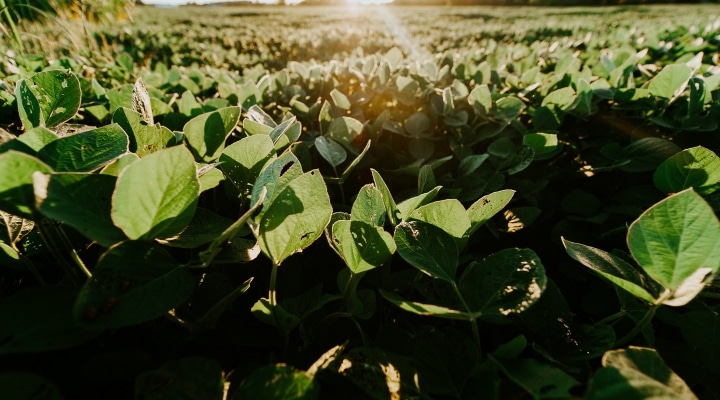 Corn and soybean cash prices have been strong so far in 2021. There are many reasons for this, but a big one is strong international demand from countries like China. (Meredith Petrick/Unsplash)

BUFFALO, Minn. — The final estimates from the United States Department of Agriculture for row crops yields are now available. These estimates include corn and soybeans, the two most common crops in Wright County and Minnesota. In general, growing conditions in 2020 were very good, and the yields reflect that.

Soybeans:
Wright County’s average soybean yield for 2020 was 53.6 bu/ac. That’s about 4 bu/ac higher than the state average of 49 bu/ac. Of the surrounding counties, only Carver County (57.2 bu/ac) outperformed Wright County on a per acre basis.

Wright County farmers planted 73,200 acres of soybeans in 2020 and harvested a total of roughly 3.9
million bushels.

Crop value:
Corn and soybean cash prices have been strong so far in 2021. There are many reasons for this, but a big one is strong international demand from countries like China. On March 1st, 2021, corn was trading for $5.50/bushel (bu), while soybeans were trading for $14/bu. To accurately estimate the value of corn and soybeans crops received by farmers in this area, a basis of $0.40/bushel was used to adjust the prices ($5/bu and $13.50/bu, respectively).

Using these prices and the total number of bushels harvested by Wright County farmers, a simple calculation can be made to estimate the cash value of corn for grain and soybeans in the area. In 2020, farmers in Wright County produced roughly $73.5 million worth of corn and $52.5 million worth of soybeans. It’s important to note that prices were much lower in late 2020, so farmers that sold their harvest months ago likely received a smaller reward than this example shows.

Questions about this topic can be directed to Adam Austing at 320-249-5929 or aausting@umn.edu. This information, as well as much more data, can be found at the United States Department of Agriculture – National Agricultural Statistics Service website: nass.usda.gov.