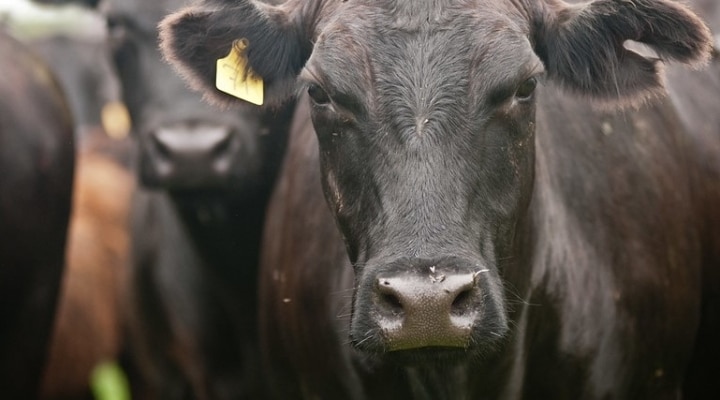 URBANA, Ill. — The U.S. beef cattle herd is known to cycle through periods of expansion and contraction roughly every 10 years or so. The high feed price era from 2007 to 2013 contributed to one of those contraction phases with beef cow numbers reaching a low in 2014, explains Jason Franken, agricultural economist at Western Illinois University.

“Of course, low supplies translate into higher prices, motivating producers to expand. Currently, there are about 7% more beef cows in the U.S. than during the low point in 2014. However, as prices have come back down, it looks like the expansion of the beef herd has leveled off,” Franken says.

“Another sign that producers are unwilling to continue expanding is that replacement heifers are down about 2% for beef and 1% for dairy herds relative to last year. As such, the category of other heifers weighing 500 pounds or more is up 1%. The number of calves under 500 pounds is also up about 1%. Steers and bulls weighing 500+ pounds are both down 1%.”

With 1% fewer cows and heifers calved, the USDA has revised downward the July estimate of the 2019 calf crop to 36.1 million head, so that it is now 1% below the 2018 level, which should help hold down the number of animals on feed and beef production in 2020 and 2021, Franken notes.

In the recent Cattle on Feed report, the USDA indicated nearly 12 million head on feed, or about 2% more than on Jan. 1 of last year. In December, feedlots placed 3% more cattle than a year ago and marketed 5% more animals. Each of those numbers was only slightly higher than pre-report expectations.

“While more animals are on feed, the mix of steers and heifers indicates that, compared to a year ago, more heifers are being sent to the feedlots instead of staying on farm for breeding stock. Though total cattle on feed are up 2%, steers on feed are up only 1% while heifers are up 4% from last year,” Franken says.

“Looking at it another way, heifers comprise about 38-39% of the cattle in feedlots according to recent reports, as compared to only 31%-33% during much of the last expansion. This is additional evidence of the leveling off of the brood cow expansion,” he adds.

Taking into account the inventory and cattle on feed numbers, beef production is anticipated to be no more than 1% higher in 2020 than last year, Franken explains. In terms of domestic demand, per capita beef consumption is expected to be about 57 pounds per person in 2020 compared to almost 58 pounds in 2019, or around 1% to 1.5% lower. Meanwhile, exports could be up to 7.5% higher this year.

“The trade agreement with Mexico and Canada―the third and fifth largest customers for U.S. beef, respectively―is signed into law, and phase 1 of the trade agreement with China is in place,” he states. “However, much uncertainty lingers on the horizon with regard to exports, particularly regarding trade with China and the coronavirus outbreak there, its spread to other countries, and implications for economic growth, and hence, demand.”

Franken notes that all things considered, prices in 2020 are likely to land in similar ranges as the last couple of years. Quarterly prices for slaughter steers are forecast to average about $123/cwt, $120/cwt, $111/cwt, and $113/cwt, respectively. For 600-700 pound feeder steers, prices are forecast to average about $148/cwt in the first quarter, rise to $154/cwt in the second quarter, and then fall to $153/cwt and $149/cwt in the third and fourth quarters of 2020.

“Again, the major factors that could result in notably lower prices are uncertainties surrounding trade and this coronavirus,” Franken concludes. “If a sick workforce slows down economies that could translate into demand destruction for U.S. beef exports. If cases of the virus already reported in the U.S. deter travel and hence restaurant expenditures, there is the potential for even lower domestic demand as well.”

Discussion and graphs associated with this article available here: https://farmdocdaily.illinois.edu/2020/02/2020-cattle-inventory-herd-expansion-comes-to-an-end.html or here: https://uofi.box.com/s/ivnel3an1jkeiedadqfkettg0ihyba9n

$30 million available for farmers via H2Ohio

Drone class offers view from above

Grill safely this spring and summer
May 9, 2021