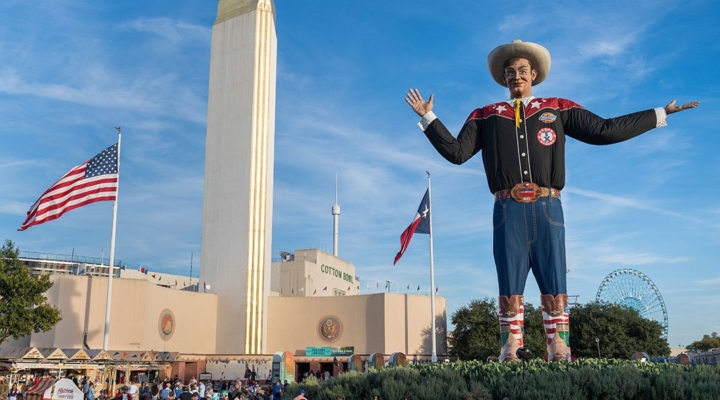 DALLAS, Texas — As the 2019 State Fair of Texas comes to a close, it’s clear that this year was one to remember. For the 133rd year, the annual event brought people from all walks of life together – from iconic State Fair traditions to new innovative additions, fairgoers alike enjoyed their visit to the State Fair. As an annual celebration of all things Texan, the tradition continued with the Fair’s 2019 theme, “Celebrating Texas Creativity.” The 2019 State Fair of Texas welcomed more than 2.5 million people through the gates (at the time of this release).

As a 501(c)(3) nonprofit organization, the Fair aims to support the community, both locally and statewide. The net proceeds from the Fair are used to preserve and improve Fair Park; underwrite museums, community initiatives, and scholarship programs to support students throughout the Lone Star State pursuing higher education; and help improve State Fair operations. A successful 24-day run for the Fair means more support for Fair Park and the surrounding community.

“We are grateful to continue the great tradition of celebrating all things Texan while bringing friends and family throughout the state, nation, and world together to create lifelong memories,” said Mitchell Glieber, State Fair of Texas president. “As the 2019 exhibition comes to a close, we thank everyone who helped make this year’s Fair a success, enabling us to give back to Fair Park, the surrounding communities, and award college scholarships to students from throughout the Lone Star State.”

Serving as our largest fundraiser of the year, the 2019 State Fair of Texas proved to make a difference in more ways than we can count. Below are just a few of the noteworthy successes from this year’s exhibition:

A Texas-sized thank you to each person who came out to celebrate all things Texan during the 2019 State Fair of Texas. The 2020 State Fair of Texas will run from Friday, September 25 through Sunday, October 18 in Fair Park. Big Tex and everyone at the Fair will be eagerly waiting to welcome y’all back next year!

Texans can take steps to prevent spread of oak wilt