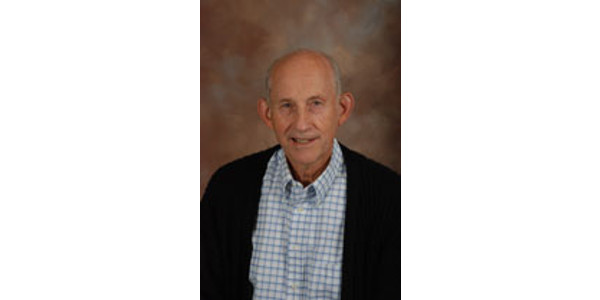 Nebraska Farm Bureau has selected Dr. Terry Klopfenstein, Emeritus Professor at the University of Nebraska-Lincoln (UNL), as the 2019 recipient of, its highest honor, the Silver Eagle Award. (Courtesy of The Nebraska Farm Bureau)

“Terry Klopfenstein, Ph.D., was a pioneer in using corn byproducts from the ethanol and sweetener industries to supplement cattle feeding,” said Steve Nelson president of the Nebraska Farm Bureau. “Dr. Klopfenstein’s research laid the groundwork for distillers’ grains to become a key feedstock that has greatly lowered the cost of production for Nebraska’s beef producers and is now labeled as a co-product of the ethanol industry.”

Dr. Klopfenstein was raised on his family’s farm in Ohio and worked around animals and cattle throughout his childhood. He began his tenure at the University of Nebraska in 1965 after completing his bachelor’s, master’s, and doctorate degrees from Ohio State University. Dr. Klopfenstein held the University of Nebraska Wagner Professorship from 1989 to 2007. He mentored hundreds of graduate students in his 47-year career at the UNL, many of whom are recognized as excellent nutritionists. He takes pride in his work with students.

“Klopfenstein’s mother was a teacher who began her career when she was 18 years old. Growing up, his father taught him the importance of higher education because he never had the chance to further his education during the Great Depression. Terry instilled the same motivation for knowledge in his students, making them a priority in his career. Because of the need for well-trained feedlot managers, the Feedlot Management Internship was initiated in 1988 and 174 students have completed the program. His love of teaching has extended well beyond the classroom. Widely known for his research, Klopfenstein has authored 247 referred articles, 484 abstracts, and 507 technical publications,” Nelson said.

Klopfenstein has received multiple honors including the Federation of Animal Science

“Terry has been passionate, dedicated, determined, and devoted to improving beef nutrition in the agriculture industry. He has demonstrated outstanding leadership, provided exemplary service to Nebraska agriculture; his years of accomplishments makes him more than qualified to receive Nebraska Farm Bureau’s highest honor, the Silver Eagle Award. We thank him for his service to agriculture students and the farmers and ranchers of Nebraska,” Nelson said.

Terry and his wife Nancy live in Lincoln and have eight children, 25 grandchildren, and 15 great grandchildren. He has been a Lancaster County Farm Bureau member for 31 years and for many years continues to assist Nancy with writing letters to elementary school students about what life is like on the farm and ranch as a part of the Nebraska Farm Bureau Foundation Ag Pen Pal Program.

The Nebraska Farm Bureau is a grassroots, state-wide organization dedicated to supporting farm and ranch families and working for the benefit of all Nebraskans through a wide variety of educational, service and advocacy efforts. More than 58,000 families across Nebraska are Farm Bureau members, working together to achieve rural and urban prosperity as agriculture is a key fuel to Nebraska’s economy. For more information about Nebraska Farm Bureau and agriculture, visit www.nefb.org.