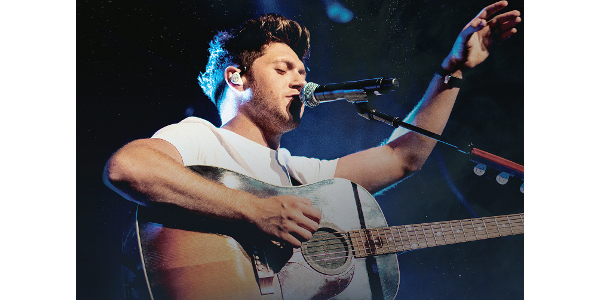 ST. PAUL — Niall Horan is the first show confirmed for the 2018 Grandstand Concert Series sponsored by Sleep Number. He will perform opening night of the 2018 Minnesota State Fair. Show details are as follows:

About Niall Horan: After smashing success as part of the U.K.-based band One Direction, Niall Horan is making a name for himself by releasing solo work with a new, unique sound. Ahead of his anticipated debut album, he released the single “Slow Hands,” which went to No. 1 in 44 countries and has a distinctly catchy stomp-and-clap beat and chorus. He is currently working on and writing for that album, where he is accompanying himself on piano and guitar and taking inspiration from his favorite artists such as Fleetwood Mac, The Eagles, The Lumineers and James Bay. Hailing from Ireland, Horan released his first solo single “This Town” in fall 2016, and since then, streams of the song have surpassed 350 million worldwide.

About Maren Morris: Texas-born, Nashville-dwelling Maren Morris has had no shortage of success in recent years, and it was kicked off by the smash hit “My Church” off her self-titled EP released in 2015. The single hit No. 5 on the U.S. Hot Country chart and was certified Platinum. That success led to a Grammy Award for Best Country Solo Performance and the 2016 release of Hero, which reached No. 1 on the U.S. Country chart. Other hits off that album include “80s Mercedes,” “Drunk Girls Don’t Cry” and “Once.” Her songwriting chops have been featured on the hit television show “Nashville,” and she’s penned lyrics for Tim McGraw, Kelly Clarkson and more. Her impressive honesty and soul-bearing lyrics coupled with her bluesy belting make her one of country music’s biggest rising stars.

Additional Grandstand artists will be announced periodically between now and next year’s fair. State Fair fans and music enthusiasts are encouraged to sign up for the State Fair’s e-news at mnstatefair.org to receive concert announcements before tickets go on sale.