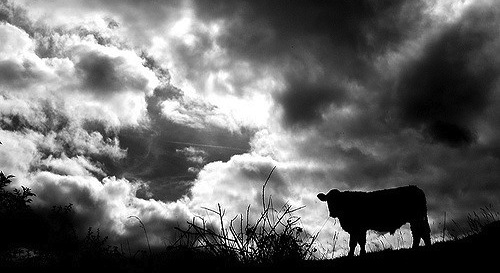 “At the end of the day, we don’t ever leave the barn and say, ‘Well, I’ll do it tomorrow,’” Randy White said. The couple, who oversee the sale cattle and show cattle prospects for Pollard Farms, Waukomis, Oklahoma, were honored at the National Western Stock Show (NWSS) in Denver before the conclusion of the bull show. (Fiona MacGinty-O’Neill, Flickr/Creative Commons)

WAUKOMIS, Okla. — Randy White and Dinah Johnston were selected by their peers as cowinners of the American Angus Association® 2018 Herdsman of the Year. The award recognizes the exhibitor who has done the best job during the past year preparing and displaying their Angus cattle.

“At the end of the day, we don’t ever leave the barn and say, ‘Well, I’ll do it tomorrow,’” White said. The couple, who oversee the sale cattle and show cattle prospects for Pollard Farms, Waukomis, Oklahoma, were honored at the National Western Stock Show (NWSS) in Denver before the conclusion of the bull show.

White and Johnston humbly say they don’t differ much from other effective herdsmen, but Johnston says White’s “meticulous perfectionism” is a large driver of their success. His incredible work ethic, high standards and unabashed expectations of excellence from others have influenced her own habits.

They are always willing to keep learning and are not afraid to ask others’ opinions and thoughts in a constantly changing industry. She notes that you’re not ever going to agree with everyone, but there is a common ground and mutual respect for those who make this their living. That respect proved true because this award is voted on by their peers. They both are humbled and appreciative of the honor and are quick to thank all of those who helped shape their careers.

“We just go to work every day and do what we need to do with the tools that we’ve been given,” Johnston said. “We are very thankful for the people who have given us the opportunities to do so. There are no words to describe what this means to us. There is so much talent in this industry.”

The couple started working at Pollard Farms full-time in 2011 after helping prepare for production sales and previous NWSS show bulls.

Each has varying backgrounds in the cattle industry. White has been in the cattle industry all of his life and has worked for many prominent cattle operations through the years. An Alabama native, his father was a sheep specialist at the University of Georgia. They sold the sheep when he was rather young, though, and his father went to work on a cattle operation. White’s been involved with showing cattle and working sales ever since. Two of White’s three children also kept him involved in National Junior Angus Association (NJAA). Many of the previous winners of the Herdsman Award have either worked with or for White, or for his father.

Johnston, a Virginia native, got involved with showing cattle with her sons in 4-H. She quips that she was the ultimate “Freddy” and learned things the hard way. Johnston’s brothers were involved with registered cattle, and a friend suggested her sons join the NJAA. Being in Virginia, several major shows were nearby, including the Mid-Atlantic Junior Angus Classic (MAJAC) and the Eastern Regional Junior Angus Show (ERJAS).

They both appreciate that the cattle industry has allowed each of them to work with one or more of their children. However, they admit that cattle can take away from spending time with grandkids and immediate family. They are thankful for their families’ understanding so they can do what they do.

For more information, read the full article in the March issue of the Angus Journal.

5 reasons to attend the DCHA Conference