Home / Florida / 2017 Wildlife Officer of the Year
A new user experience is coming! We'll be asking you to login to your Morning Ag Clips account March 1st to access these new features.
We can't wait to share them with you! Read more here. 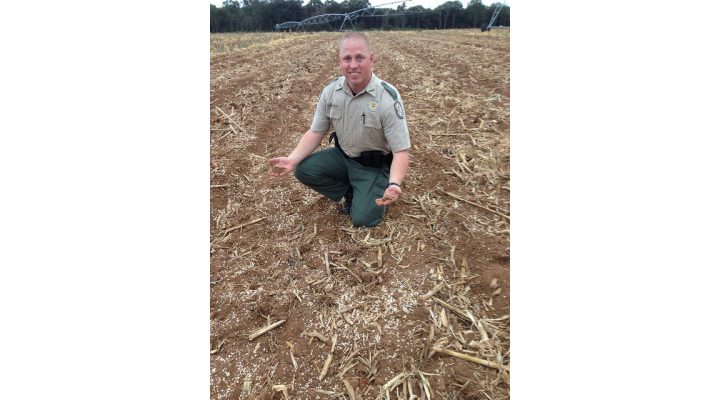 Shikar-Safari Club International is a conservation-based organization that presents awards annually to wildlife law enforcement officers in all states, provinces and territories in the United States and Canada. Jim Harrison from Shikar-Safari attended the meeting and presented the award.

“Conservation officers stand as sentinels for the protection of Florida’s precious resources and the public who use these resources,” said Harrison. “Shikar-Safari is pleased to be able to honor Officer Hutchinson for his outstanding work.”

“Officer Hutchinson is a fine example of our dedicated law enforcement members. We have the best conservation law enforcement officers in the country who are out there every day protecting the public and Florida’s natural resources,” said Commission Chairman Brian Yablonski. “I’m honored to have him representing our agency.”

Hutchinson rescued a first-time hunter lost at night in the treacherous Escambia River swamp, caught people illegally night hunting and trespassing, discovered a hidden alligator snapping turtle, and even apprehended one of his area’s most wanted methamphetamine distributors. He’s also developed an officer mentoring program and performed countless outreach hours to area youth and civic organizations. And all of that was just in 2016.

Hutchinson’s family was present at the Commission meeting to see him receive the award.

“I’m truly humbled by this honor. I’d like to thank all my brothers and sisters in FWC, both sworn and non-sworn, because this is a team effort. And I want to thank my family for putting up with those late-night calls. It’s a real blessing to be able to do what I love with the FWC and my fellow officers,” said Hutchinson.

Woman of the Year in Agriculture