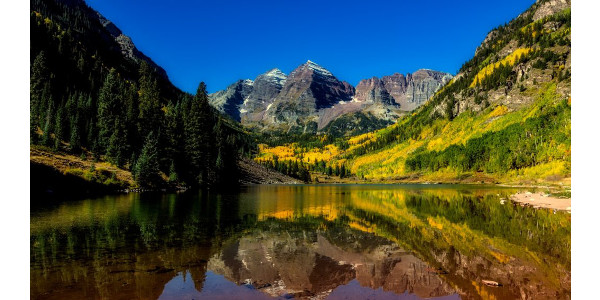 In 2005 the Colorado Department of Public Health and Environment (CDPHE), the Environmental Protection Agency (EPA), and the National Park Service (NPS) formed the Rocky Mountain National Park (RMNP) Initiative to address air pollution issues within the park. (Courtesy of CLA)

GREELEY, Colo. — In 2005 the Colorado Department of Public Health and Environment (CDPHE), the Environmental Protection Agency (EPA), and the National Park Service (NPS) formed the Rocky Mountain National Park (RMNP) Initiative to address air pollution issues within the park. The three agencies, through a joint Memorandum of Understanding (MOU), work collaboratively with interested stakeholder groups to understand the status of nitrogen deposition and ecosystem impacts at the park, identify sources of emissions, and devise workable approaches to resolve the nitrogen deposition issue in RMNP. In 2007 the MOU agencies issued the Nitrogen Deposition Reduction Plan (NDRP), with milestones for achieving nitrogen deposition reductions that will protect park resources over time. Subsequently, a Contingency Plan was issued in 2010 that outlines corrective measures to be taken in the event a deposition reduction milestone described in the NDRP is not realized.

On May 10, 2019 the Rocky Mountain National Park Initiative held a stakeholder meeting to discuss the final draft of the 2017 Rocky Mountain National Park Milestone Report. The discussion focused on highlighting milestones, policy and management developments, advances in industry best management practices and new research since the release of the 2012 milestone report. The report addressed two key items: (1) whether the 2017 interim nitrogen deposition reduction milestone had been achieved, and (2) whether the RMNP Nitrogen Deposition Contingency Plan would be triggered. The agencies used a “weight of evidence” approach to conclude that the 2017 interim milestone had not been achieved and that the RMNP Nitrogen Deposition Contingency Plan would not be triggered at this time.

There is evidence that although deposition remains above the glidepath milestone for 2017, nitrogen deposition has stabilized and has not been increasing in recent years. And that the RMNP Ag Subcommittee has made progress by implementing and updating its five-year plan and has the potential for additional ammonia emission reductions by ag producers during the next milestone period.

Amongst a number of next steps was the continued collaboration with the Ag Subcommittee on further development of the Early Warning System and assessment of BMP use from the agricultural community and continued education and outreach to interested stakeholders.

Last year the Ag Subcommittee formed a subgroup called the Ag BMP Workgroup to conduct a review of various BMP’s that are effective and cost efficient. Subsequently the group, with assistance from Colorado State University, developed a survey in an attempt to determine what BMP’s are currently being used and if not what are some of the obstacles to implementation. In the next few weeks, Bill Hammerich will be contacting livestock operations in Weld and Larimer counties asking for their assistance in completing the survey.

Students to connect research with communities