Home » 2017 Census of Agriculture gets underway 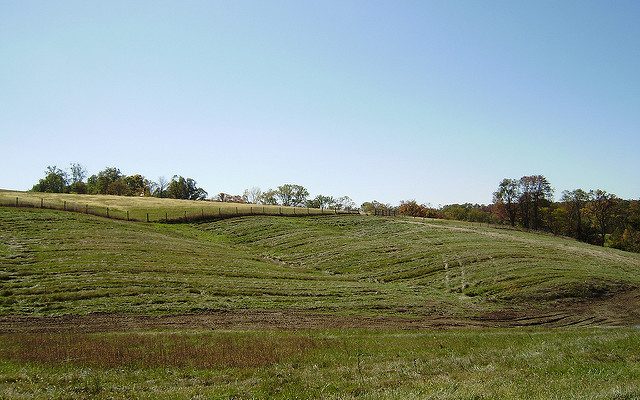 The U.S. Department of Agriculture's (USDA) National Agricultural Statistics Service (NASS) began mailing the 2017 Census of Agriculture to the nation's producers this week, including the more than 76,000 farmers in Kentucky. (Adam Sonnett via Flickr)

LOUISVILLE, Ky. — The U.S. Department of Agriculture’s (USDA) National Agricultural Statistics Service (NASS) began mailing the 2017 Census of Agriculture to the nation’s producers this week, including the more than 76,000 farmers in Kentucky.

Conducted once every five years, the Census aims to get a complete and accurate picture of American agriculture. The resulting data are used by farmers, trade associations, researchers, policymakers, and many others to help make decisions in community planning, farm assistance programs, technology development, farm advocacy, agribusiness setup, rural development, and more.
“Good things are happening for agriculture in the Commonwealth,” said David Knopf, director of the NASS Eastern Mountain Regional Office in Kentucky. “Growth is occurring in both the crop and livestock sectors. Responding to the Census of Agriculture is a way of benchmarking and measuring agriculture trends and allowing producers to capitalize on those trends to grow, diversify, and market their operations.”

“The Census of Agriculture is USDA’s largest data collection endeavor, providing some of the most widely used statistics in the industry,” said U.S. Secretary of Agriculture Sonny Perdue. “Collected in service to American agriculture since 1840, the Census gives every producer the opportunity to be represented, so that informed decisions can support their efforts to provide the world with food, fuel, feed, and fiber. Every response matters.”

The Census will be mailed in several phases through December. Farm operations of all sizes which produced and sold, or normally would have sold, $1,000 or more of agricultural product in 2017 are included in the Census. The Census is the only source of uniform, comprehensive, and impartial agriculture data for every state and county in the nation.

NASS revised the Census forms in an attempt to document changes and emerging trends in the industry. Changes include a new question about military veteran status, expanded questions about food marketing practices, and questions about on-farm decision-making to help better capture the roles and contributions of beginning farmers, women farmers, and others involved in running a farm enterprise.

“Farmers can respond either online or by mail to the Census,” Knopf said. “The updated online questionnaire has made responding easier than ever. It has timesaving features, such as automatic calculations, it skips questions not applicable to your operation, and is accessible on mobile and desktop devices.”

The Census response deadline is Feb. 5, 2018. Responding to the Census of Agriculture is required by law under Title 7 USC 2204(g) Public Law 105-113. The same law requires NASS to keep all information confidential, to use the data only for statistical purposes, and only publish in aggregate form to prevent disclosing the identity of any individual producer or farm operation. NASS will release the results of the census in February 2019.

For more information about the 2017 Census of Agriculture, visit www.agcensus.usda.gov. For information about Kentucky NASS reports, visit us online at https://www.nass.usda.gov/Statistics_by_State/Kentucky/ or call the NASS Kentucky Field Office at (800) 928-5277.

Pesticide certification: Who needs it?