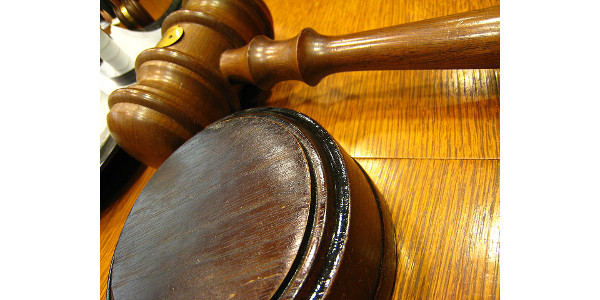 The two sides in a legal battle over the constitutionality of North Dakota's Depression-era ban on corporate farming have both formally asked a judge for a decision on whether the law infringes on interstate commerce. (bloomsberries via Flickr)

BISMARCK, N.D. (AP) — The two sides in a legal battle over the constitutionality of North Dakota’s Depression-era ban on corporate farming have both formally asked a judge for a decision on whether the law infringes on interstate commerce.

The two sides have been arguing in court documents throughout the summer, after Attorney General Wayne Stenehjem asked U.S. District Judge Daniel Hovland to agree with the state’s argument that the law doesn’t violate the Commerce Clause of the U.S. Constitution.

North Dakota Farm Bureau sued last summer to do away with the law that voters approved in 1932 to protect the state’s family farming heritage by barring corporations from owning or operating farms. The law was updated by the 1981 Legislature to allow for exceptions involving small family farm corporations.

Farm Bureau and other plaintiffs contend the law limits farmers’ business options and interferes with interstate commerce by barring out-of-state corporations from being involved in North Dakota’s farm industry.

In lengthy court documents filed in June, July and August, Stenehjem argues that the law doesn’t necessarily bar the involvement of out-of-state interests in family farm corporations, as long as kinship and other rules are followed.

He also maintains that even if the 1981 update is deemed unconstitutional, it shouldn’t nullify the entire law.

Farm Bureau, which also has asked Hovland to rule in its favor, argues in part that comments made by lawmakers in 1981 prove “clear intent to benefit North Dakota family farm corporations, to the disadvantage of out-of-state corporations,” which the farm group says is discriminatory.

Farm Bureau believes the law requires corporate farm officials to have “at least some measure of physical presence in North Dakota” — similar to corporate farming laws in South Dakota and Nebraska that courts struck down earlier this century.

That’s disputed by Stenehjem and also North Dakota Farmers Union and the Dakota Resource Council, both of which are helping defend the law.

“The family farm exception does not include any requirement that even a single shareholder or member be physically present on the farm or ranch,” Farmers Union attorney Scott Carlson wrote.

Plaintiffs accuse the two defending groups of trying to “muddy the waters.”