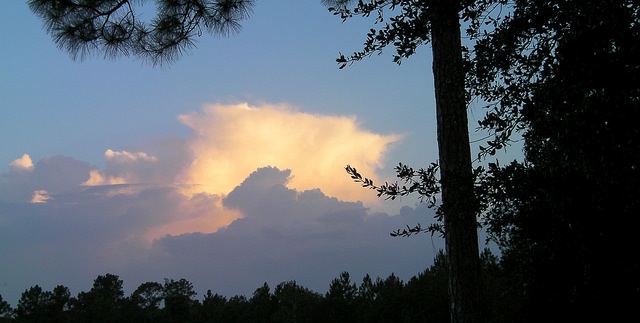 As we had cautioned in our 2017 Hurricane Forecast back in April, the Atlantic Hurricane Season, which officially began on June 1st, is off to an early and active start. Tropical activity got off to an unusually early start this year when Tropical Storm Arlene formed back on April 20th. Luckily, Arlene did not impact land and only maintained Tropical Storm status for about 2 days. This was only the second time a Tropical Storm had been named during the month of April in the Atlantic Basin. Arlene also recorded the lowest central pressure for any Atlantic storm during the month of April. While the tropics remained fairly calm through May, activity picked up again in June. Not long before Cindy formed in the Gulf, Tropical Storm Bret was named on June 19th just north of South America, becoming the lowest latitude named storm in June since 1933. The system did not maintain Tropical Storm status for long but did bring rain and winds to Venezuela and Trinidad and Tobago.

On the heels of Bret’s formation was Cindy, who became a Tropical Storm earlier this week on June 20th in the Gulf of Mexico. Cindy became the first U.S. land-falling tropical system of the 2017 season early Thursday morning near the Texas and Louisiana border. Heavy, flooding rains are the main concern from this system, something we’ve already seen along the Gulf Coast with areas already receiving as much as 10” of rain. While Cindy will lose some strength, likely being degraded to a Tropical Depression later today (Thursday), heavy rains will continue as the system makes its way inland. Remnants from Cindy are expected to move up into southeastern Arkansas by early Friday and then take a northeasterly turn, bringing rain to Tennessee and Kentucky. 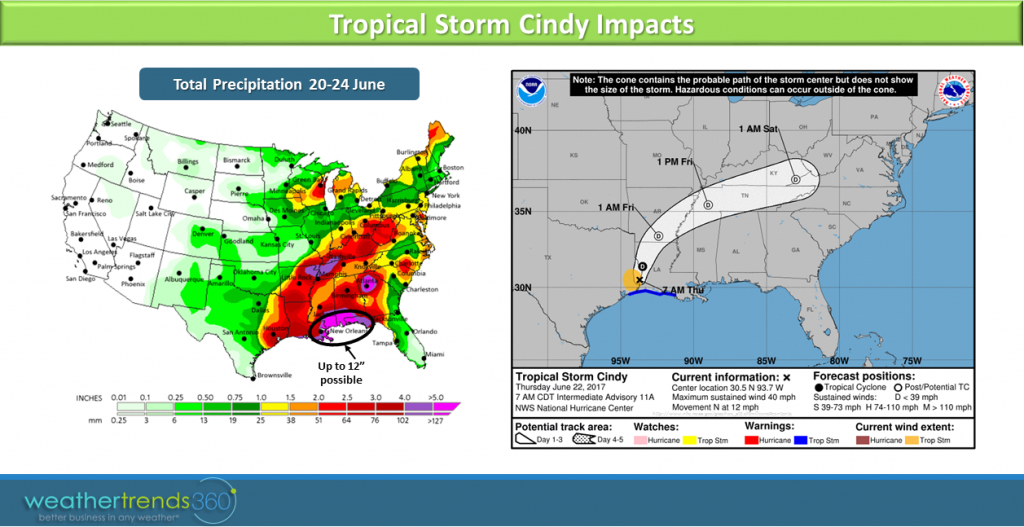 Rainfall is much needed, however, out in the Dakotas where drought conditions continue to spread and worsen. In North Dakota, 7.7% of the state is now in extreme drought, while 32% is in severe drought, 27% is in moderate drought, and the remainder is abnormally dry. In South Dakota, 2.1% of the state is now considered to be in extreme drought, 18.2% in severe drought, 31% in moderate drought, 32.4% abnormally dry, and only 16.3% experiencing no drought-like conditions. Some of this abnormal dryness is beginning to spread down into portions of Nebraska as well. Little to no relief is expected for these states over the next 7 days.

Break from heat in corn belt