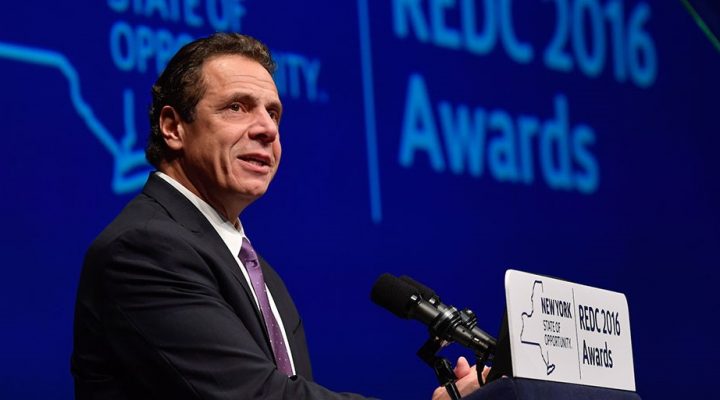 “Agriculture remains a core pillar of New York’s economy, and the greater Genesee Valley region is one of our most vibrant agricultural areas, supporting thousands of farms and agribusinesses,” Governor Cuomo said. “These strategic investments in research, facilities, and training are a key part of the Finger Lakes Forward and Southern Tier Soaring blueprints and are essential to the success of the agricultural industry and its future growth.” (The Office of Governor Andrew M. Cuomo)

ALBANY — Governor Andrew M. Cuomo announced over $1 million for seven research, promotion, and development projects to strengthen New York State’s diverse agricultural industry and spur economic growth across the state. The funding, approved by the Genesee Valley Regional Market Authority, supports the continuation of malting barley research, enhances the processing capacity at a regional food hub, and assists with renovations to the New York Wine and Culinary Center, among other initiatives.

“Agriculture remains a core pillar of New York’s economy, and the greater Genesee Valley region is one of our most vibrant agricultural areas, supporting thousands of farms and agribusinesses,” Governor Cuomo said. “These strategic investments in research, facilities, and training are a key part of the Finger Lakes Forward and Southern Tier Soaring blueprints and are essential to the success of the agricultural industry and its future growth.”

The Genesee Valley Regional Market Authority, in cooperation with the New York State Department of Agriculture and Markets, solicits applications each year to assist in the development of agriculture and agriculture-related businesses in nine counties in the Finger Lakes and Southern Tier regions: Genesee, Livingston, Monroe, Ontario, Orleans, Steuben, Wayne, Wyoming and Yates. Agriculture supports thousands of jobs in the Genesee Valley, and is one of the key areas of investment in both the Southern Tier Soaring and Finger Lakes Forward regional economic development plans.

The Authority has awarded more than $7.5 million to 67 projects in the Genesee Valley through the Agriculture Development Grant Program since 2011.

The Genesee Valley Regional Market Authority Board of Directors has voted to fund the following projects in 2017:

Brendan Tydings, Genesee Valley Regional Market Authority Administrator, said, “The Genesee Valley Regional Market Authority is dedicated to supporting local agriculture. This is a really positive program and we are thrilled to invest in important projects that will benefit the agricultural industry. From assisting the New York Maple Growers in improving efficiency, to continued expansion of the Wine and Grape Foundation into new markets, to the critical research being conducted by the Ag Experiment Station, these projects will help promote the region’s agri-businesses and support the future growth of the agriculture community.”

Today’s announcement complements Finger Lakes Forward and Southern Tier Soaring, the comprehensive blueprints to generate robust economic growth and community development in those regions. The State has already invested more than $3.4 billion in the Finger Lakes and more than $3.1 billion in the Southern Tier since 2012 to lay the groundwork for the plans – attracting a talented workforce, growing business and driving innovation.

Now, both regions are accelerating their economic development plans with $500 million investments from the State through the Upstate Revitalization Initiative, announced by Governor Cuomo in December 2015. The State’s $500 million investment in both regions will incentivize private business to invest well over $2.5 billion in each region and add thousands of jobs.  More information is available here.​

State Agriculture Commissioner Richard A. Ball said, “The agricultural producers in the Genesee Valley are central to the growth and sustainability of the industry all across New York State. These key investments in business development, research, training and promotion will allow the region’s agricultural innovation to flourish and strengthen this critical sector of the economy.”

Kathryn J. Boor, the Ronald P. Lynch Dean of the College of Agriculture and Life Sciences, said, “The best tasting craft beverages start on the farm. Brewers depend on the freshest, highest quality ingredients for their products, and they turn to New York farmers for the raw materials they need to innovate and thrive. Our farmers, in turn, rely on Cornell research to improve the resiliency of the crops that fuel the craft brewing industry. This investment by Governor Cuomo is a win for New York farmers and brewers and the consumers who demand only the best in their glass.”

Lyle Merle, Treasurer of the WNY Maple Producers, said, “We appreciate this funding that will allow New York’s maple producers to continue their tradition of innovation with the creation of new products.  This grant for training and equipment will also ensure we are able to keep making high-quality products for consumers.”

It's time to protect alfalfa crops