Home / National / $1M in fines after nitrogen kills 6 at Georgia poultry plant
A new user experience is coming! We'll be asking you to login to your Morning Ag Clips account March 1st to access these new features.
We can't wait to share them with you! Read more here. 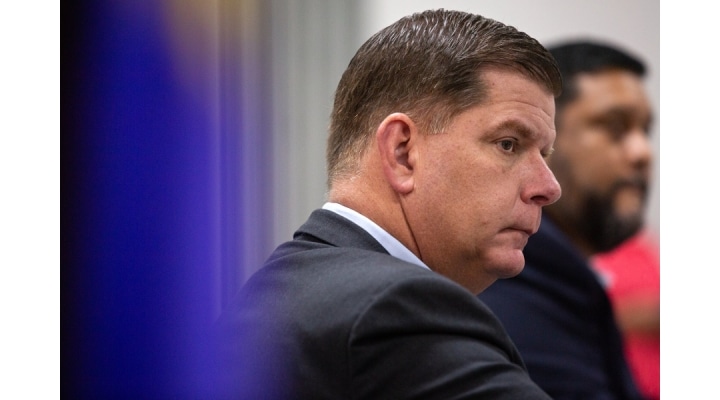 “Make no mistake, this was a very preventable tragedy,” Walsh told reporters.

He said the penalties imposed in the case were “relatively large but that is not enough.” He said many companies simply write off OSHA fines as the “cost of doing business” and called on Congress to increase them.

“These employers were putting profit over safety,” Walsh said.

OSHA fines and citations are often lowered following appeals. Companies being penalized have 15 days to appeal. Foundation Food contested a $54,000 fine issued in June after an employee on another line suffered an amputation in December.

The plant takes chicken slaughtered elsewhere and cooks patties and nuggets, freezing them for shipment.

The company has said in court papers that the only safety device on the freezer was damaged and there was no backup system to prevent a “catastrophic” overflow.

Workers reported that a computerized measuring system indicated a low liquid level in the immersion bath, according to the U.S. Chemical Safety Board. Three workers were trying to repair the freezer when nitrogen filled the room, which is at a lower level than adjacent areas, making it unlikely the heavier-than-air gas would disperse. Those three died, as did three others who tried to rescue them.

OSHA Atlanta Regional Administrator Kurt Petermeyer said Foundation Food and the other companies “failed to implement any of the safety procedures necessary to prevent the nitrogen leak and to equip workers responding to it with the knowledge and equipment that could have saved their lives.”

Petermeyer also said Foundation Food managers showed “indifference” to safety regulations by leaving a safety manager position unfilled from April 2019 until December 2020 and not assigning anyone else to those duties.

“I honestly think the agency did everything that they could, statutorily, to issue penalties or consequences to the company,” Anand said.

OSHA officials said Friday that they have issued multiple subpoenas for documents and testimony to compel Foundation Food Group’s cooperation. The company is fighting in federal court an attempt by OSHA to serve a warrant related to an ammonia odor reported in March and a complaint of imminent danger filed by worker advocates. Foundation Food argues OSHA doesn’t have probable cause to inspect just because workers said they smelled ammonia. A recommendation to allow OSHA to inspect awaits a federal judge’s decision.

“FFG has fully and voluntarily cooperated except where OSHA sought to expand its investigation without probable cause,” Foundation Food Group lawyer Dane Steffenson wrote in April, saying the company voluntarily provided a thousand pages of documents and facilitated dozens of inspections since January.

OSHA acknowledged for the first time on Friday that agency officials asked the Department of Homeland Security to temporarily stop immigration enforcement in Gainesville. It’s the hub of Georgia’s nation-leading poultry industry and processing plants are frequently staffed by people who entered the country illegally.

“During the course of this inspection we have had difficulty in reaching workers,” Petermeyer said. “Many of the workers are immigrants, undocumented immigrants.”

Families of a number of dead workers are suing the German company Messer and a Messer employee who serviced the system.

Spokesperson Amy Ficon wrote in an email that Messer “is committed to learning from the investigations into this tragic incident and doing its part to prevent it from happening again.” Messer declined comment on citations. Ficon said Messer teaches customers to safely operate and maintain equipment and advises customers to use air monitors and personal oxygen detectors for individual workers.