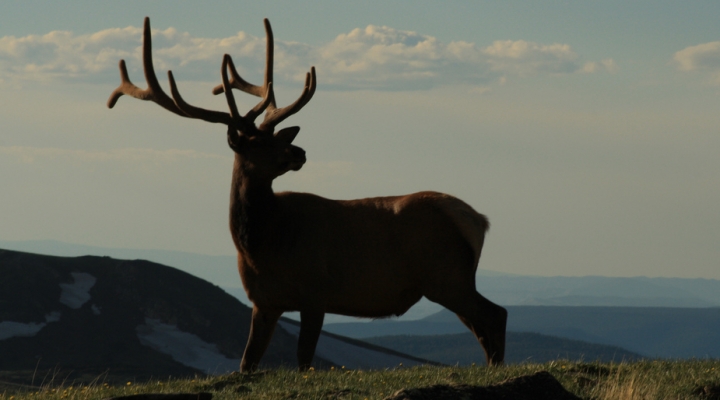 MONTPELIER, Vt. (AP) — About 16 farm elk that have been on the run since they escaped from their enclosure in Derby last weekend hopefully can be recaptured, but if not they will have to be shot because they could pose a threat to people and other animals, state Fish and Wildlife Department officials said.

“If we are not able to do that we are talking to the owner, to Doug, about shooting them,” Porter said. “Obviously our best option, our hope, would be to get them back alive. But if they are posing a risk to people or a disease risk to wildlife we might have to take other measures.”

Porter said captive deer-like animals have escaped their fenced-in areas in Vermont in the past but never in such large numbers.

The elk were being held in an enclosure belonging to Nelson when a gate was left open on Sunday. Soon afterward the elk were spotted roaming the area. One photograph showed the elk swimming across Salem Lake in Derby , a Canadian border town.

As farm animals, the elk are regulated by the Vermont Agency of Agriculture, which said it is working with Fish and Wildlife to see them recaptured.

Game Warden Major George Scribner said the wardens who work in the area are watching for the elk.

Porter said he believed the elk have probably traveled several miles from where they escaped but there is no indication any of them has crossed into Canada.

Nelson did not return a call Friday seeking comment.

The elk have been raised as farm animals for meat, but they are the same species as wild elk.

Porter said the primary worry is public safety. The elk could wander onto a highway and be hit by a vehicle, or they could run into a person.

They also could cause property damage by running through fences. And they could pose a threat, however slight, of introducing chronic wasting disease into Vermont’s deer herd.

Porter and Scribner said there was little worry the elk could go wild and establish a herd in the region.

“They haven’t adapted to dealing with coyotes and bears, predators,” Scribner said. “The predators would get them just as quick as anything.”