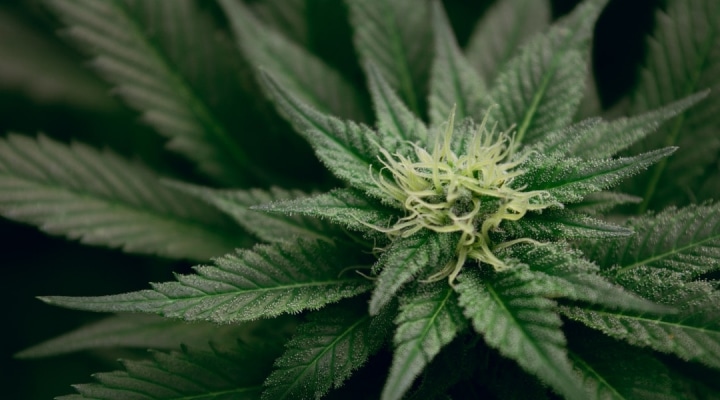 The state broadly legalized recreational marijuana sales in January 2018. But the illicit market is thriving — in part because hefty legal marijuana taxes send consumers looking for better deals in the illegal economy. (Photo by Esteban Lopez on Unsplash)

Detectives also detained seven people during the operation in unincorporated Valley Center, a rural and agricultural community northeast of San Diego, according to a statement from the Sheriff’s Department.

Photos showed thousands of plants in a greenhouse along with trays of processed marijuana.

San Diego Gas & Electric, the county’s code compliance team, the California Water Board and the state Department of Fish and Wildlife helped in the operation and found fire dangers and health and safety risks at the farm, according to the Sheriff’s Department.

“It is not uncommon for investigators to find dangerous chemicals, illegal pesticides and other hazardous materials used at unlicensed marijuana grow sites,” the department’s statement said. “These dangerous materials may enter the local ground water supply and streams, creating extreme environmental hazards.”

The marijuana may have been intended for sale at illegal dispensaries, authorities said.

The grow site is about 18 miles (28 kilometers) from where seven people were shot to death last September at an illegal marijuana growing operation in a rural area of neighboring Riverside County.

Authorities said the marijuana grown there was used for honey oil, a highly potent concentrate made by extracting the high-inducing chemical THC from cannabis.

The state broadly legalized recreational marijuana sales in January 2018. But the illicit market is thriving — in part because hefty legal marijuana taxes send consumers looking for better deals in the illegal economy.

Tons of marijuana have been discovered in law enforcement raids this year in rural Southern California areas.

Two weeks ago, authorities arrested 23 people and seized tens of millions of dollars worth of illegal marijuana grown in the Antelope Valley desert area north of Los Angeles.

At the time, Los Angeles County Sheriff Alex Villanueva said operators of illegal marijuana growers were stealing millions of gallons of water with illegal wells or by taking it under cover of night from wells maintained by local alfalfa, potato and carrot farmers.