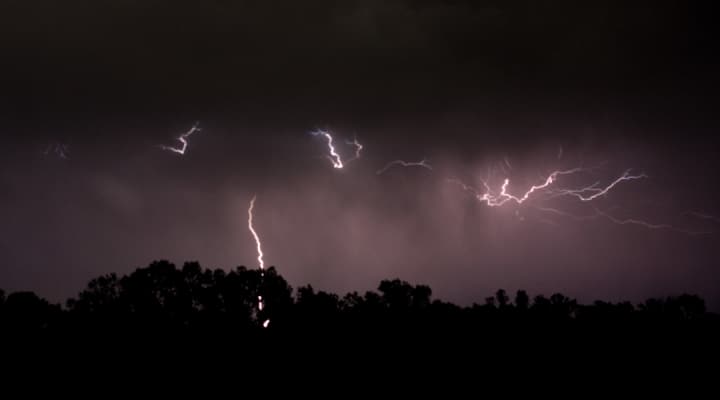 As of early Wednesday, more than 242,500 customers were without power from Texas to Maryland, including about 90,000 in Alabama, according to poweroutage.us. (Stock photo via jahofker, Flickr/Creative Commons)

TUSKEGEE, Ala. (AP) — Fifteen cows were killed when lightning struck a family farm in Alabama as severe weather moved through the area, according to an emergency management director.

Lee said his office forwarded a report on the incident to the National Weather Service in Birmingham.

Storms across the South have been responsible for at least three deaths and dozens of injuries this week. As of early Wednesday, more than 242,500 customers were without power from Texas to Maryland, including about 90,000 in Alabama, according to poweroutage.us.

Flash flooding was reported across Alabama on Monday into Tuesday and strong winds blowing behind a line of storms toppled trees across the central part of the state, where soil was saturated with water.

The National Weather Service in Birmingham said late Tuesday it planned to send two crews to Greene and Tuscaloosa Counties Wednesday to assess wind and possible tornado damage from the storms.

NCGA to farmers: Accept the challenge 2021