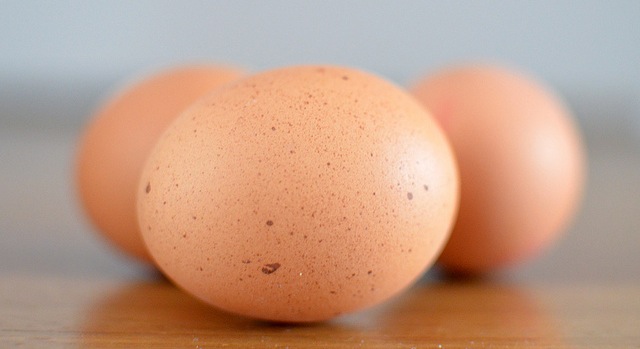 In their compliant, the states claim that Massachusetts is attempting to impose its own regulatory standards on farmers in other states, in violation of the commerce clause of the U.S. Constitution. (Serita.V, Flickr/Creative Commons)

BOSTON (AP) — Massachusetts is being sued by 13 other states that claim a voter-approved law to ban the sale of eggs and other food products from farm animals that are confined in overly restrictive cages is unconstitutional.

The states, led by Indiana, filed the lawsuit with the U.S. Supreme Court last week. It follows another action filed by more than a dozen states earlier in the month against California, which has a similar law.

The 2016 ballot question in Massachusetts was backed by more than 77 percent of voters. It requires, among other things, that only cage-free eggs be sold in the state by 2022, regardless of where the eggs were produced.

The law backed by animal protection groups defines an overly restrictive cage as one that would prevent an egg-laying hen, breeding pig or calf raised for veal from standing up, turning around or fully extending its limbs.

In their compliant, the states claim that Massachusetts is attempting to impose its own regulatory standards on farmers in other states, in violation of the commerce clause of the U.S. Constitution.

The plaintiffs claim farmers “will have to increase their production costs by decreasing flock or herd size, investing in new infrastructure, and undertaking contentious zoning approval processes.”

Democratic Attorney General Maura Healey’s office said it had received the lawsuit and was reviewing it, but had no additional comment.

Paul Shapiro, vice president of policy for the Humane Society of the United States, said opponents of the law are “grasping at straws” and he expects the legal challenge to fail.

“Massachusetts has an interest in protecting its consumers from inhumane and substandard production of eggs,” said Shapiro, who noted that the state is applying an even standard by requiring the same conditions for housing animals at its own farms.

Alabama, Arkansas, Louisiana, Missouri, Nebraska, North Dakota, Oklahoma, South Carolina, Texas, Utah, West Virginia and Wisconsin also signed on to the lawsuit. The states said it filed the action directly with the Supreme Court because it has jurisdiction over lawsuits between states.

Critics of the cage-free laws also argue they result in price increases for consumers. The Missouri-led suit filed Dec. 4 against California claims that state’s law, which took effect in 2015, has cost U.S. consumers up to $350 million annually in higher egg costs.

Shapiro said most studies have predicted the Massachusetts law would add only a penny or two to the cost of an egg.