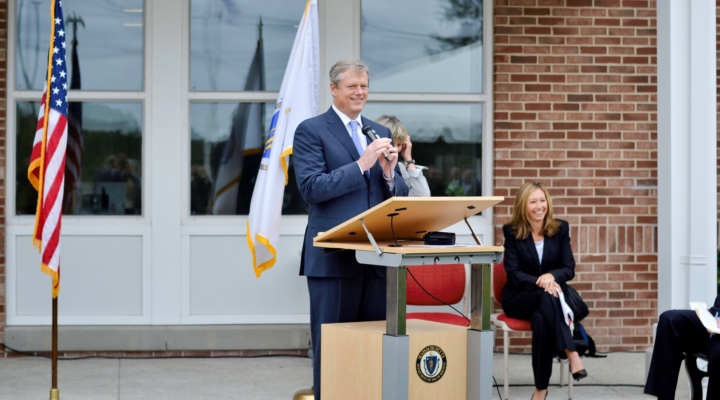 BOSTON — The Baker-Polito Administration has awarded $12 million in grants to municipalities across the Commonwealth to plan for and implement climate change resilience projects through the Municipal Vulnerability Preparedness (MVP) Program.

Of these funds, $1.7 million was awarded to 65 communities to pursue a community-led planning process to identify vulnerabilities to climate change and priority actions. The remaining $10.3 million was awarded to 34 communities that had completed the planning process and are ready to implement projects that build local resilience to climate change impacts.

“Massachusetts has been a national leader in addressing climate change, and these grants represent the Commonwealth’s largest funding commitment yet to improving community resilience to climate change impacts,” said Governor Charlie Baker. “Mitigating climate change and adapting to reduce risk and build resilience will foster stronger communities, protect residents and natural resources, and contribute to strong economic growth and innovation throughout the Commonwealth.”

The Executive Office of Energy and Environmental Affairs’ MVP grant and designation program, which builds on Governor Baker’s Executive Order 569 as well as other administration-led state and local partnerships, provides communities with technical support, climate change data and planning tools to identify hazards and develop strategies to improve resilience. This funding is part of the largest release of climate change resilience funding for Massachusetts communities in state history.

“Our Administration is committed to partnering with cities and towns to develop practical and cost-effective solutions to build the climate-resilient communities of tomorrow,” said Lieutenant Governor Karyn Polito. “We are proud that 71 percent of Massachusetts communities are working collaboratively with us through the Municipal Vulnerability Preparedness Program to prepare for and adapt to the impacts of climate change, and look forward to enrolling all communities in this important program.”

“The record participation in the Municipal Vulnerability Preparedness Program underscores the real need for climate-smart solutions that promote strong local economies while reducing risks and avoiding future costs,” said Energy and Environmental Affairs Secretary Kathleen Theoharides.  “The Baker-Polito Administration is committed to supporting municipalities in getting this work off the ground through the ResilientMA legislation, which would provide a new and sustained funding source for climate resilience projects.”

The following communities will receive funding to complete the MVP planning process in 2019:

The following communities were awarded Action Grants in 2019:

“Climate change mitigation, adaptation and resilience is a top priority for the Massachusetts State Senate.  The imminent threat of climate change increases the potential for extreme weather events such as drought and flooding, making preparedness an important environmental, public safety, and public health issue for cities and towns across the Commonwealth,” said Senate President Karen E. Spilka (D-Ashland). “Resilience measures must continue to be a significant part of our municipal planning efforts, and so we appreciate the Administration’s support of our municipalities’ ongoing efforts to protect residents and natural resources using scientific data and cutting-edge technology.”

“Adapting to climate change in a proactive way is important, but it’s a relatively new spending priority for cities and towns,” said Senate Minority Leader Bruce Tarr (R- Gloucester).  “These grants will make a big difference in helping them to innovate, lead, and develop the momentum to take effective actions that build resilience and sustainability for today and tomorrow.”

“It is crucial that our communities have the resources and planning in place to deal with these weather related events that affect all aspects of communal life,” said State Senator Anne Gobi (D-Spencer), Senate Chair of the Joint Committee on Environment, Natural Resources and Agriculture. “I want to congratulate the towns of Spencer, Barre, Athol, and Templeton for their proactive approach and receiving this grant and I look forward to working with these communities as they implement their projects.”

“The Municipal Vulnerability Preparedness Program represents a proactive approach to helping communities across Massachusetts address the unique challenges posed by climate change,” said House Minority Leader Bradley H. Jones, Jr. (R-North Reading).  “With this grant funding, more cities and towns will be able to develop and implement resiliency plans to protect both residents and infrastructure from the impacts of climate change.”

“Oftentimes, the conversation regarding climate change adaptation concerns our coastal communities, but as we have seen, cities and towns across the Commonwealth are facing climate-related hazards,” said StateRepresentative Smitty Pignatelli (D-Lenox), House Chair of the Joint Committee on the Environment, Natural Resources and Agriculture. “I am thankful to the Municipal Vulnerability Preparedness Program, and the work of Secretary Theoharides and the entire Baker-Polito Administration for their commitment towards helping all of the Commonwealth have a funding source to aid in resiliency projects.”

Governor Baker filed the Resilient MA legislation to support municipalities and help protect Massachusetts residents, communities, economy, natural resources and infrastructure from the adverse effects of climate change, through an increase in the excise on real estate transfers to fund a substantial and sustained investment in climate change adaptation through programs like MVP. The revenue would be directed towards investments in resilient infrastructure to help make communities safer, keep vital services online, reduce the long-term costs of climate-related risks and protect the value of property across the Commonwealth. The proposal is estimated to generate $1.3 billion over 10 years which would be deposited into the Commonwealth’s Global Warming Solutions Trust Fund to support municipalities and regional municipal partnerships through loans, grants and technical assistance to implement priority adaptation projects.

Woodland management with birds in mind

Legal dispute over logging in state forest back in court
September 21, 2020