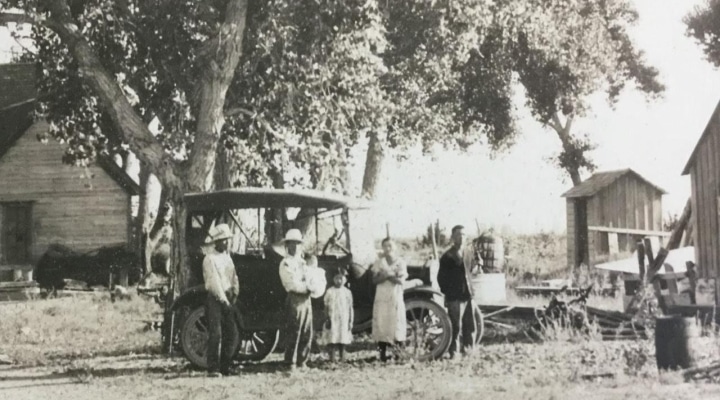 PUEBLO, Colo. —  History Colorado and the Colorado Department of Agriculture have expanded their annual Centennial Farms and Ranches commemoration to include categories that now recognize the cultural and commercial sides of agriculture’s heritage, in addition to Colorado ranch and farm family operations who are honored for their longstanding commitment to agricultural values.

On Aug. 26, at the Colorado State Fair in Pueblo, 10 recipients will receive honors that celebrate at least 100 years of resilience, perseverance and sustainability; and most notably, that acknowledge the contributions of agribusinesses, community land practices and families, many of which may have been excluded from passing down land because of discriminatory policies and practices. In addition, two Agricultural Legacy Awards will be given for the first time, recognizing professionals and communities who have created positive cultural shifts for the industry.

“We draw strength from the rural stories of endurance and persistence from the farmers and ranchers who personify Centennial Farms and Ranches, as well as some of the cultural practices that have helped innovate and sustain agriculture. We are thrilled to celebrate the combination of Colorado history and culture,” said Dawn DiPrince, History Colorado’s Executive Director and State Historic Preservation Officer. “That is why we have expanded the program to add even more stories – especially from ag families who, for political or economic reasons, could not own land — and recognize new categories of ag contributors who are also preserving important pieces of our state’s commercial and cultural history; and who also define the legacy of ag. Centennial Farms and Ranches is more inclusive than ever, as forward is the only well-grounded and well-timed direction to go. And that’s good news for all of us.”

Currently in its 36th year, the Centennial Farms and Ranches program is celebrating farmers and ranchers’ heritage and perseverance through more than 100 years of changes and challenges in ag. With its expansion to include non-owners and agribusinesses, the Colorado program breaks new ground in how states commemorate history and agriculture – and how they combine both legacies.

“Agriculture is many things, but one thing it is for all of us is the sense of deep roots in the love of the land. The Centennial Farms and Ranches recognition ceremony honors the depths of these roots. Century-long survival in agriculture requires an alchemy of past and future, innovation plus generational intuition, and technology combined with ancestral land practices,” said Colorado Commissioner of Agriculture Kate Greenberg. “This program highlights the statewide impact and resilience of farmers, ranchers and agricultural businesses, of cultures and communities. Even with the pressures of growth,drought and climate change, and uncertain economic conditions, farmers, ranchers and all who work in agriculture feed us, no matter what. It is an honor to get to celebrate them.”

History Colorado, the Colorado Department of Agriculture, and the Colorado State Fair have partnered to honor Colorado’s agricultural heritage through the Centennial Farms and Ranches program since 1986, when the program was initiated by former Governor Richard Lamm. More than 644 families, agribusinesses, and cultures have been recognized by the program. Collectively, they represent the powerful history of those farms and ranches who have sustained, supported and innovated for more than 100 years.

About the 2022 Centennial Farms and Ranches Honorees

On Aug. 26, the program will recognize 10 honorees from 10 different counties in four categories associated with the agricultural history of the State of Colorado. These honorees join  a prestigious list of past recipients who have also shown their dedication and commitment to the thriving agriculture business in Colorado. Each honoree will receive a certificate signed by Colorado Governor Jared Polis, Dawn DiPrince and Commissioner of Agriculture Kate Greenberg; signs to proudly display on their properties; and state proclamations for each family.

1)    Centennial Farms or Ranches that have belonged to the same family for at least 100 years, and that is currently a working farm or ranch:

2)    Centennial Families with ag experience in Colorado that spans 100 years or more, not necessarily as land owners (NOTE: New category):

3)    Centennial Farmer or Rancher, an individual who is 100 years of age (or older) and who has spent their life in agricultural pursuits within the State of Colorado, not necessarily a land owner (NOTE: New category):

4)    Centennial Agribusiness that has been in operation for 100 or more years and primarily serves that ag community in Colorado (NOTE: New category):

About the 2022 Agricultural Legacy Award Recipients

In Memory of Bob Sakata

Listen in on discussions and debates in the Angus Breed