Home / Colorado / 100th independent trial of Cool Terra® completed
A new user experience is coming! We'll be asking you to login to your Morning Ag Clips account March 1st to access these new features.
We can't wait to share them with you! Read more here. 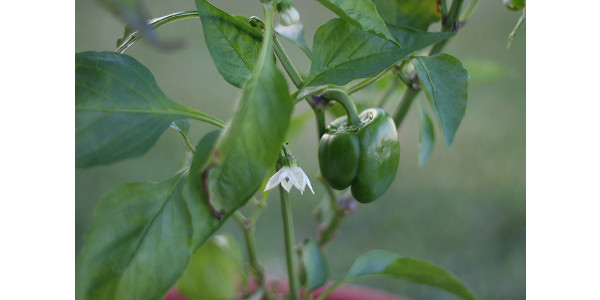 The 100th study was conducted by Josh Freeman, associate professor of horticulture at the University of Florida. He studied the growth rates of bell peppers under different Cool Terra application rates and found clear trends. (saiberiac via Flickr)

GREENWOOD VILLAGE, Colo. — Cool Planet announced the successful completion of its 100th quantifiable, independent trial of Cool Terra, the company’s flagship soil health product. The trial was conducted by the University of Florida on bell peppers, and it marks the 100th time the company has conducted a randomized yield improvement test of Cool Terra on specific crops with an independent university or researcher.

“Today marks an exciting milestone for Cool Terra as it becomes the most studied biochar-based soil amendment on the market,” said Jim Loar, CEO of Cool Planet. “In agriculture, you never get done conducting trials, but the results we have achieved over the past three seasons give growers great confidence that Cool Terra can deliver for them.”

The 100th study was conducted by Josh Freeman, associate professor of horticulture at the University of Florida. He studied the growth rates of bell peppers under different Cool Terra application rates and found clear trends. Overall marketable yields improved substantially, by 12 percent, compared to the grower standard, especially in the most valuable class size of peppers.

“Cool Planet has made a commitment to research that is both impressive and rare for companies in the agriculture industry. They are putting real numbers and science behind their products and that should give farmers confidence,” said Associate Professor Freeman. “The results of our bell pepper study were promising with clear improvement in yields at a low application rate. Because Cool Terra is an organic matter, this improvement in yield comes with the additional benefits of greater nutrient holding capacity, greater water holding capacity, and greater abundance of microbials.”

The 100 Cool Terra field trials have taken place over the last three growing seasons and have been conducted on over 40 different crops in a variety of regions. The trials have shown that Cool Terra delivers, on average, a 12.3 percent improvement in marketable yield when compared to the grower standard while generating a 3:1 grower return on investment.

Cool Planet has developed a trial program with the goal of establishing the efficacy of Cool Terra and creating the gold standard for trial programs in the agriculture industry. The company has partnered with over 50 independent third-party university or agricultural researchers to conduct studies on a wide variety of crops in a diverse array of growing regions. The program utilizes standard design methods for all of its trials, including randomized complete block and replicated design where fields or orchards are divided into units to account for soil variations.

“I appreciate how the company has shown a commitment to conducting independent research to evaluate the effectiveness of Cool Terra for farmers,” said Tim Coolong, associate professor of vegetable production at University of Georgia. “In the trial we conducted with Cool Terra, we saw numerical increases in yields compared to the control. Cool Terra shows a lot of promise and could be a good way for growers to incorporate carbon into soils with low organic matter.”

Get mad about precipitation