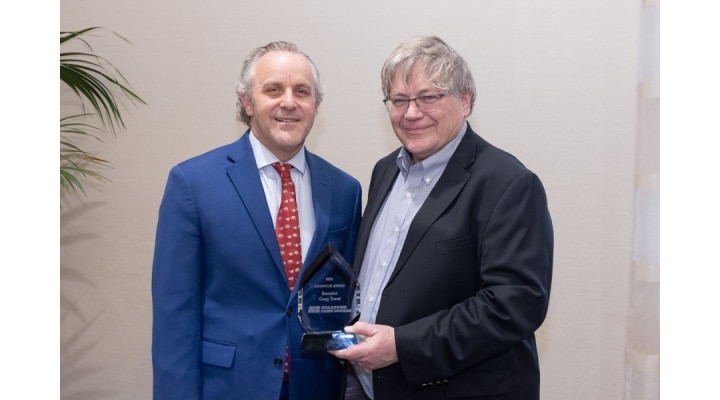 The award is presented to state lawmakers who serve as exemplary advocates for Oklahoma agriculture, going above and beyond for the state’s farmers and ranchers during the 2021 legislative session.

“Decisions made at the state Capitol have a lasting effect on the way Oklahoma farmers and ranchers raise crops and livestock,” said Rodd Moesel, OKFB president. “We are thankful for lawmakers who understand the rural way of life and stand up for agriculture in our state.”

Champion award winners were nominated by county Farm Bureau members and the OKFB board of directors. Award recipients received a plaque in recognition of their service to agriculture and rural Oklahoma.