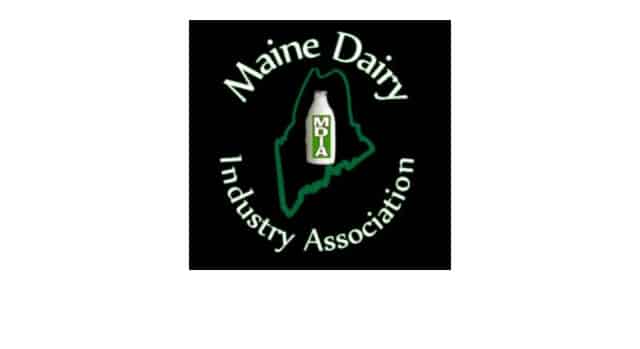 The Maine Dairy Industry Association is the trade association representing the dairy cattle farms in Maine transporting milk off the farm for processing and/or sale.

AUGUSTA, Maine — The Maine Dairy Industry Association (MDIA,) the trade association representing all dairy cattle farms in Maine transporting milk off the farm for processing and/or sale, welcomes Theodore “Tade” Sullivan as Executive Director. Sullivan was most recently the Director of Development at Maine Maritime Academy and brings over 20 years of experience in fundraising, advocacy, and association management to the position.

Mr. Sullivan is a recognized expert in the US Farm Bill, Renewable Energy, and Federal Crop Insurance. Tade has over 20 years experience in lobbying and public affairs, specializing in advocating for our nation’s farm families in private practice, agricultural trade associations, and government. He has been involved in the development of significant legislation on behalf our nation’s farmers, including portions of the US Farm Bill, the Renewable Fuels Standard, and the Water Resources Development Act. He has developed innovative proposals for products for consideration by the Federal Crop Insurance Board.

Appointed by President Clinton to serve at the USDA as the Legislative and Public Affairs Director for the Farm Service Agency, Sullivan was a recipient of the Vice President’s Award for Reinventing Government. Mr. Sullivan served as a legislative aide to the late Senator Daniel Patrick Moynihan. He has served as a member of Secretary of Agriculture’s Task Force on Civil Rights.  Mr. Sullivan has previously served as the Chairman of the Iowa Rural Development Council, and the Vice Chairman of the Wallace Centers of Iowa.

MDIA began the search for a new Executive Director after Julie-Marie Bickford moved on to the Maine Milk Commission, where she now serves as Executive Director. “We are looking forward to working with Tade and are confident he will ensure balanced representation of all aspects of dairy farming in Maine. His formative years as part of a dairy farm as well as his professional experience will allow him to promote actions and policies to encourage sustainability, resiliency, and financial solvency to foster the continued production of quality Maine milk that can feed Maine people,” said Dale Cole, Board President of MDIA.

Tade is a graduate of Bradford College in Massachusetts and Cornell University’s Empire State Agricultural Leadership Institute in Ithaca, NY. He and his wife Sue are the proud parents of four boys. He is a volunteer and member of many civic organizations, including the Board of the Peninsula Ambulance Corps, Ira Berry Lodge #128, Friendship Lodge #509, and the Southern Jurisdiction of the Scottish Rite.

Tade will represent Maine’s dairy farmers as the MDIA Executive Director and execute activities to sustain, improve, and increase the overall viability of Maine’s agricultural sector.

The Maine Dairy Industry Association (MDIA) is the trade association representing the dairy cattle farms in Maine transporting milk off the farm for processing and/or sale. MDIA represents all sizes and types of Maine’s dairy farmers and farm families – those using conventional or organic production methods. The mission of MDIA is to provide a resource for information and conduit for communication between Maine’s dairy farming community and the public, through the media and our elected leaders. MDIA also serves to keep the dairy community informed about changing in Maine regulations and policies.